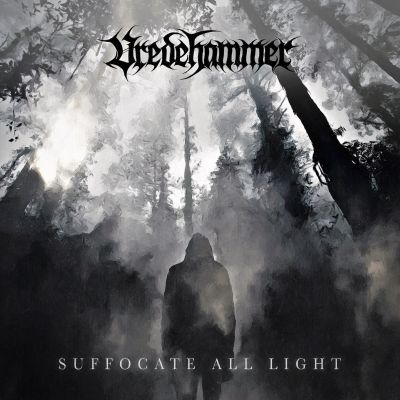 This was a single I was anticipating a lot. Vredehammer has gotten even better now in my opinion. The thrashy nature of the past album has now given place to tight solid DM, and there are no visible traces of Amon Amarthish Viking to be heard anywhere. Pretty much excellent, technical and totally crushing Black Death for fans of Zyklon and Myrkskog. This time it features Kevin Foley (ex- Benighted) a pretty awesome drummer.
The drumming here is pretty battle like, it totally reminds me of the epicness of Vader’s "The Art of War," all this combined with norwegian BM grooviness.

Vredehammer becomes a one man band and this single totally reflects it as its style is akin to Valla’s self-titled side project—all with the entincing dark wavish parts that make a pretty interesting and unique blend.

I really welcome the slight style change wholeheartedly. I’m pretty sure it will be a terrific album and I’m totally looking forward to listen to it.

Valla, ex-Abbath session guitarist and founder of Vredehammer, has decided to bring the Norwegian extreme metal band back to its roots by once again returning the project to a one mans band.
By doing this Valla seeks to further perfect the sound of Vredehammer and create music true to his visions.