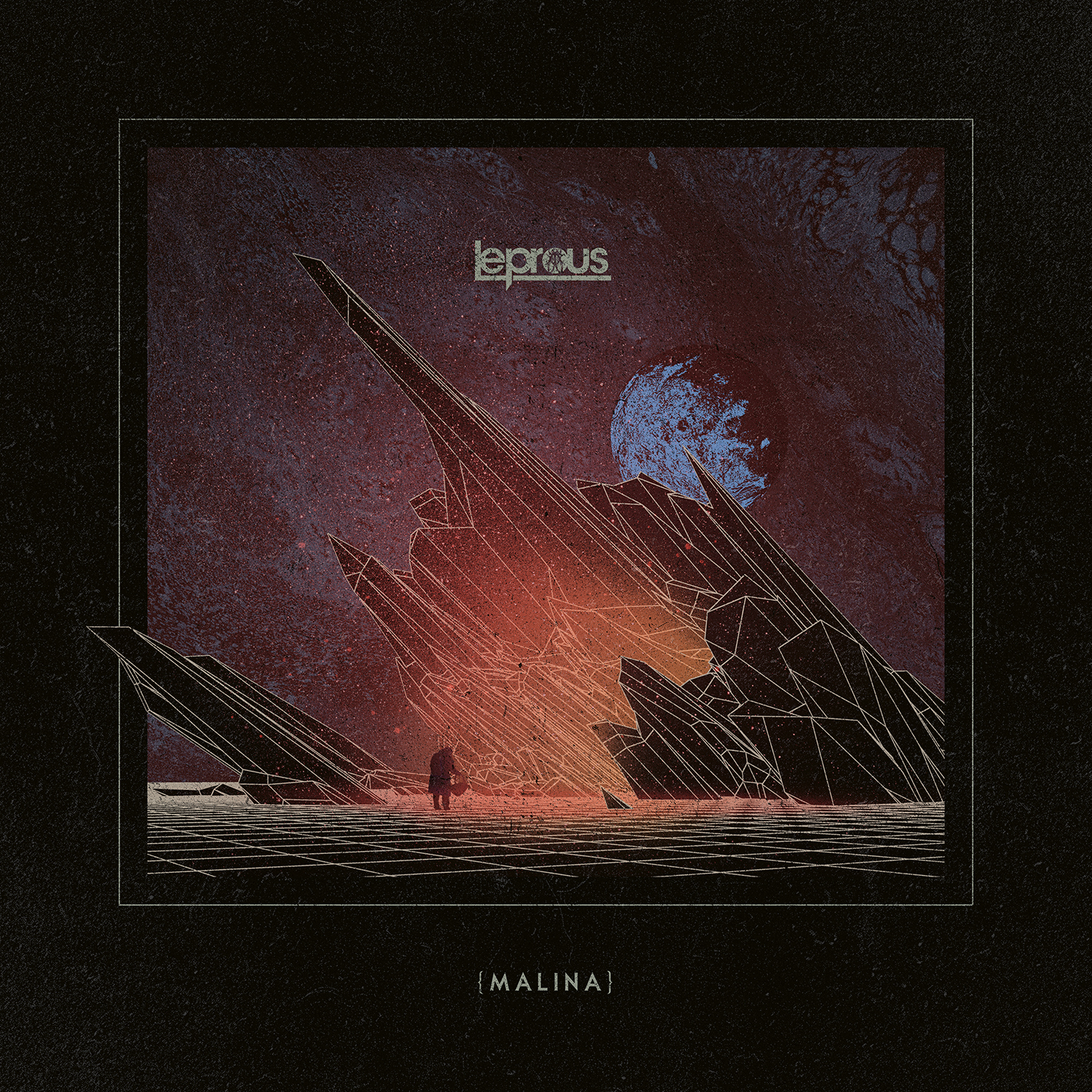 In a time where progressive music is rising and there are so many options available to new listeners, it takes serious guts and personality to turn heads anymore. Norway’s Leprous has done just that in recent years, and it has been such a joy to watch them emerge into the limelight of awareness within the progressive community. It is no wonder, however, as Leprous continues to mature and to cling ever closer to their hearts when crafting new music.
Leprous is a visionary band that defies genre labelling, not just in the style, but also in their attitude. After releasing “Tall Poppy Syndrome” (2009), “Bilateral” (2011) and “Coal” (2013); these artists released their monster album “The Congregation” (2015) that spurred high acclaim and an enormous world tour. Leprous, however, is not a band that takes success resting on their hind quarters, as they believe in pushing boundaries, learning from their mistakes, and following their instincts. They are prepared to release their new album “Malina” this summer, and it is set to offer a left hook to the progressive world.

Video by Costin Chioreanu / Twilight 13 Media
Of all things, Leprous is not a band that can be caged into any single genre. They aren’t interested in any of that. What they do believe in, however, is pursuing their artistic passions and following wherever their hearts may lead. They have been celebrated for years for their evocative mix of polyrhythmic grooves, melancholy atmospheres, melodic vocals, and biting lyrics; but their new album represents a pure stream of consciousness in the changes they have made to their sound. It’s in this imaginative style of composition that the band finds “a lot of the beauty about composing and creating: There’s always movement.”
The band, however, found their instincts leading them away from simply polishing the melancholy progressive metal of “The Congregation”. They followed their conviction about creating music that feels right in the moment, which they consider to be the core of all true musical expression. In the process, Leprous has become a band that is “more accurately defined as a rock band than a metal band”, though even that label is unsatisfactory and binding to them. This is music that expresses their souls, embodies their passion, and confirms their genius. They believe in making quality music that speaks to who they are right here and right now. About these changes, the band had this to say, “This album is the perfect example on how you can start with a vision and ending up with a result that has nothing to do with the original idea. The writing of the album started out with the idea to perfect the sound and working method we began with on "The Congregation". While the writing process was actually pretty similar (30 sketches, elimination process etc etc) we gradually started noticing stuff with the sound and the songwriting on the previous album that we wanted to sound different. Gradually we realised what needed to be done. This album needs to sound more alive, more organic and more dynamic. The longer into the process the more obsessed we got with this idea”.
“Malina” is set to be a change in direction in more ways than one. Right away, you can see that the cover art is more colorful and more mysterious than they’ve ever had in the past. The album itself has been nothing short of a labor of love. The album took 4 times as many days in the studio to record as past albums, as the band was certain that the sound they wanted would be found in the recording studio, and not in a digital mask that would be applied during the mixing stage. With this concept in mind, David Castillo of Ghostward Studios was brought in to produce and record the album to meet the band’s demands for a specific sound and the then went with Jens Bogren again to mix the album. The band was however adamant about what this album needed to be, “We wanted it to sound like it sounded. We did not want to "digitalise" the sound.”
The members of Leprous have poured their blood, sweat, and tears into the process of creating “Malina”. They’ve challenged themselves to mature and grow in ways they themselves did not expect. It’s because of these amazing qualities that the band is set to conquer the music scene once again in 2017. Combining a new album with a fresh sound with their upcoming, biggest headline tour yet Leprous is ready to bring their passion and badass energy to fans and new audiences worldwide this year.
Tracklist – Malina:

Agent Fresco are an Icelandic band, combining pop, alternative, art, metal, and math-rock, formed in 2008 just weeks prior to competing in the Músíktilraunir (an Icelandic version of Battle of the Bands) which they won. They also won "best guitar", "best drumming" and "best bass playing". Their first release was EP Lightbulb Univers.

From Melbourne to Moscow, Budapest to Sydney, Melbourne’s purveyor of astral space rock ALITHIA have become renowned worldwide by both critics and fans alike for their hypnotic live shows and debut record ‘To the Edge of Time’.
Although ALITHIA sit amongst the psychedelic, post-rock and prog genres, their sound is not easily categorised. Imagine floating through the cosmos, out of body and out of mind on a space trip shaped by melodies with mutant riffs, driven by tribal percussion and a shamanistic feel which captivates you whole…these are the astral space sounds of ALITHIA.

"One of the biggest surprises of the festival was surely the acclaimed show of the young trio Astrosaur. Instrumental post-rock doesn’t even come close to do the band justice. The influences that have found their way into the sound landscapes are simply too copious. Sometimes spherically drifting, sometimes jazzily expansive, sometimes bluesy jamming, sometimes dynamically restrained, sometimes heavily dooming – even references to the early Mastodon and The Ocean’s instrumental masterpiece Pelagial can be found. Incredibly much happens during the mostly overlong compositions. Nevertheless do the Norwegians manage to build up a musical maelstrom and tell stories with highs and lows. Surely not an easy task without a lyrical component. With it come mostly abstract screen-projections especially tailored to the music; no stage lights are used except for two blue spots. Due to the skillful intertwining of songs there aren’t many opportunities for applauding, but those that arise are used all the more euphorically. Friends of experimental instrumental music should definitely keep this band on their radar." Metal Hammer Germany