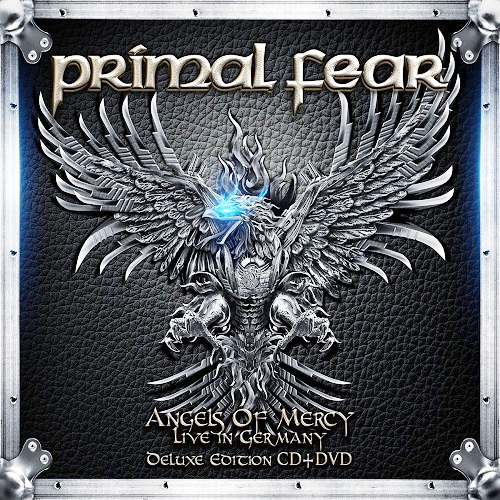 The German power metal quartet Primal Fear recently released this live offering via Frontiers and it is a decent albeit unremarkable collection of tunes covering most of the band’s discography. The package consists of a 15-track CD as well as a DVD, but only the CD audio were available for review for some lame reason, so keep in mind that this review only pertains to the CD.

Very few songs truly soar here. The ones that do stand out are "Seven Seals" and "The End is Near", but the live package as a whole seems a little short on passion and excitement. Sure, everything is tight and nicely executed not to mention that the album boasts a crisp and clear sound, but this is neither the aural assault that I was hoping for nor an epic bombardment of the heavy metal senses. These particular live renditions are devoid of any sense of danger and unpredictability; it never sounds as if the band are actually pushing themselves and the songs to the edge. As such, this is not what one would refer to as a grandstanding example of power metal might.

Like I said, "Angels of Mercy: Live in Germany" is a decent live album, but it adds very little to the band’s discography not to mention that it adds very little to the actual songs themselves. Of course, if you were in the audience when they recorded this show on that particular night, this is a cool souvenir. The rest of us are not really missing out on anything vital here.