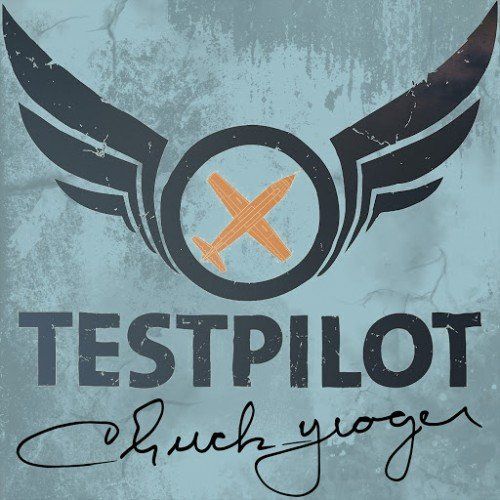 The Norwegian heavy rock outfit named Testpilot had for some weird reason escaped my attention, but luckily someone reached out and told me to check these awesome dudes and their music out, which I promptly did. Suffice to say I have not regretted doing that, because "Chuck Yeager", which is the second release by Testpilot following the 2010 debut album, shows a highly competent and energetic bunch of fucks who are clearly out there to rock hard and provide us with cleverly written, memorable, and utterly groovy tunes. The band incorporates different elements from heavy metal, hard rock, modern rock (the kind of modern rock that has some balls to it, not the so-called alternative and pathetic kind), and even a tiny bit of dirty and dark blues. "Chuck Yeager" is chock-full of bombastic riffs, loud guitars, rumbling bass lines, crashing drums, and highly passionate vocals. There is something almost over-powering and crushing about this 10-track effort. I cannot quite put my finger on what it is, but while the songs are strangely moving and emotional they are just so intense and in-your-face too. The fact that the whole thing has a lively and vibrant vibe to it makes it even better. On top of that, the musicianship is excellent and I love the way in which they weave simple and effective melodies and riffs together in order to spawn a highly dynamic and compelling soundscape. It sounds as if these guys are inspired by everything from Metallica to Thin Lizzy and further on to Alice in Chains and Faith No More. Very hard to label or categorize, which is cool.

It took me a little while to get used to the vocals, but one morning while listening to the album on my way to work it all just clicked and made sense. Eventually it all crept under my skin and I just can’t seem to shake it in that I keep coming back to this album for more. There are some incredibly infectious songs such as "Psycho", "Off the Charts", and the ballad "The Letter" containing rather moving and passionate vocal lines that grab me every time I listen to them. Like I said, it took me a little while to get used to them, but now I really dig them, so keep that in mind the first few times you spin this disc. Either way, you need to check "Chuck Yeager" out, because this is gritty and powerful quality music.

PIKES EDGE – All of Our Beauty