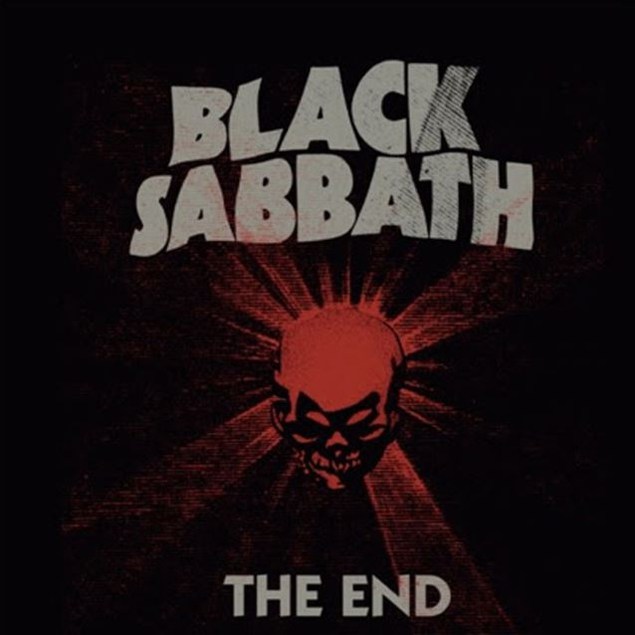 "The End" by Black Sabbath is a gem of a record that I picked up just recently when attending the first of their two 2017 gigs at the O2 Arena in London. The album was released last year and only made available at merchandise stands on their The End tour, but who knows if it will be released digitally or perhaps on vinyl sometime down the road? For now, it is somewhat exclusive, but that does not mean that we should not cover it here. After all, we are talking about Black Sabbath – every release of theirs ought to be covered!

The album is nearly an hour long and contains four live tracks as well as four tunes that never made it to the "13" album, which is totally beyond me, because in all honesty, three of these four studio songs are better than some of the ones that did make it onto the album. "Season of the Dead" is an extremely gloomy and doomy piece that is just bone-crushingly awesome. It has a hypnotic quality to it that is all-out compelling and fascinating, and Brad Wilk’s drumming is excellent. Mesmerizing stuff for sure. "Cry All Night" and "Isolated Man" are dark, captivating, and moving songs, too. That especially goes for the moody "Isolated Man". I cannot stop listening to that one! "Take Me Home" is decent, but it sounds and feels a little flat and uninspired in places. The remaining four live cuts are great. The band is in great shape and firing on all cylinders while the raw and crunchy sound is quite fitting in that it feels as if one is being transported to one of their gigs, which is what any good live album ought to do, really. Nothing sounds polished here. "God is Dead?", "End of the Beginning", and "Age of Reason" sound way better live compared to their studio counterparts, which may sound blasphemous to some of you, but I do not give a shit. It is the truth. They sound organic, vibrant, and full of energy in a live setting. I love the intense and aggressive drumming courtesy of Tommy Clufetos. The most interesting live track is "Under the Sun", though. It is stunning to listen to an underrated classic like that being performed live all these years later and being reminded that it still rules beyond belief.

"The End" is a great album containing a lot of strong material and it is a most fitting end to a long musical journey that has lasted nearly fifty years. In many ways, this is a historical release by one of the most iconic and charismatic bands of all time. The spooky quality of Ozzy, the power of Geezer Butler, and the otherworldly charisma of Tony Iommi are all over this album. If you come across a copy of this one or if it ever gets re-released worldwide, you need to check it out!