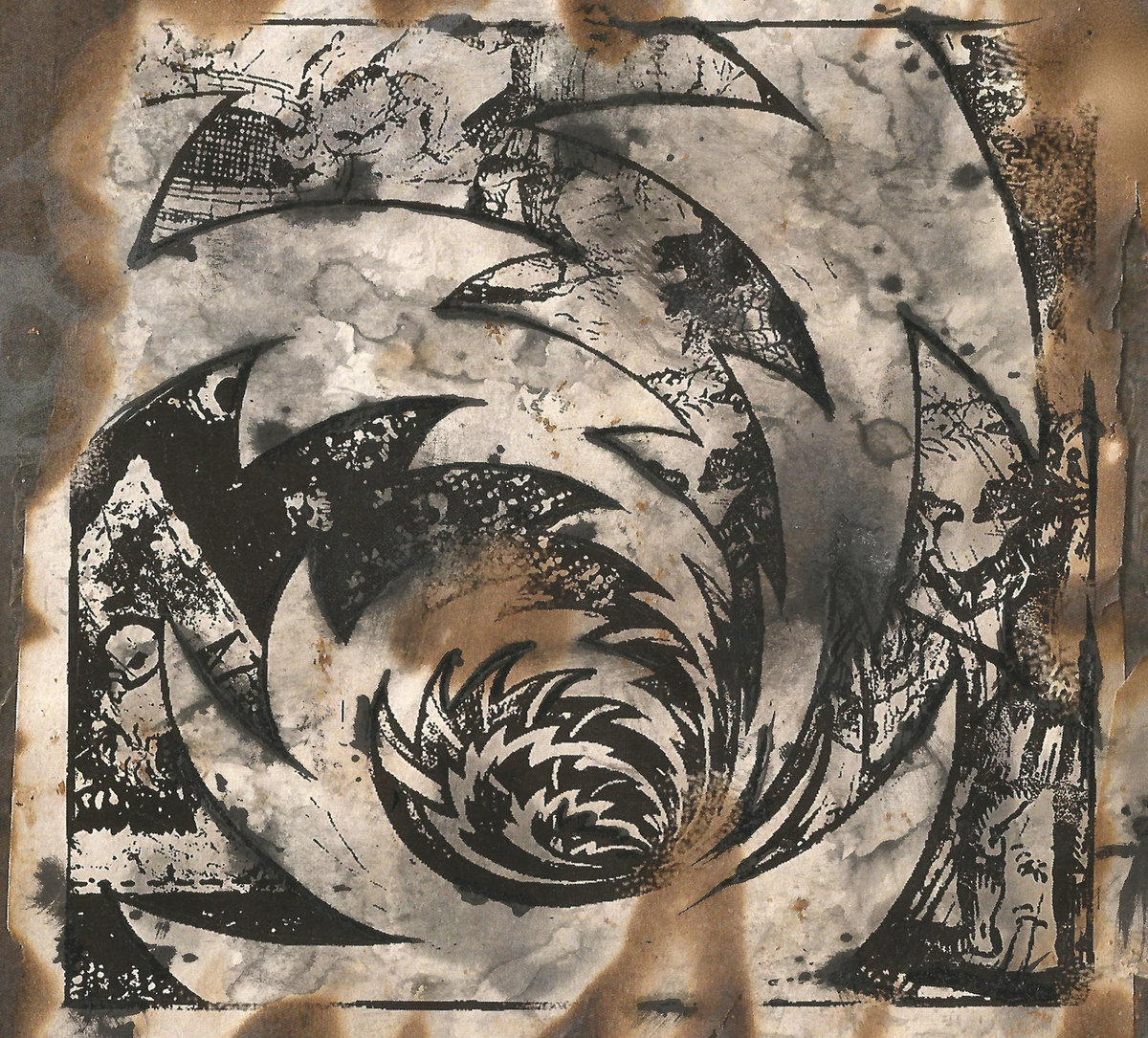 After listening intensely to a whole bunch of other Russian black metal bands these past few weeks, I was eager to hear what VTTA would bring to the table. The band has released three EPs previous to this brand new one, but I must admit that "On the Vortex…" is my first actual encounter with them in the sense that I had only heard about the band and not actually heard the music until I got my hands on this one. But enough about me. Let us discuss the latest five-track assault by these hangmen collectively known as VTTA and see what they are all about.

The opening song, "Moons Dances Lead into the Void", immediately sets the scene with its dramatic vocals and cryptic riffs. A strange song that does not really grab, but luckily things pick up when the title track enters the frame. Compared to, for instance, Rotting Heaven and Затемно, the depraved music spawned by VTTA has a more desperate and frantic edge to it, almost as if the music itself is close to falling apart, which probably accounts for why some of the passages are so unnerving to listen to. Also, it took me quite a while to get into the songs as they appeared neither catchy nor memorable the first few times I listened to them. They definitely had to grow on me before I learned to appreciate them. I mentioned Rotting Heaven and Затемно before, and I have to say that while VTTA may not be as dark as those two outfits, it is just as uncomfortable to listen to. The 9-minute closing track, which is a great cover of Blackdeath’s "Stench of Decay", is an ever-changing beast of a song that encompasses the abstract, the ugly, the morbid, and the downright weird. As you can probably guess, it is a fitting way to end this 25-minute journey through the twisted minds of VTTA.

"On the Vortex of Chasing the Abyss of Despair" offers an interesting take on experimental and semi-psychedelic black metal, but I must admit that it requires a certain frame of mind and mood to be able to absorb the five cuts that constitute the EP properly. It is definitely not your (stereo)typical black metal release, and it deserves credit for that. These guys have a sound and identity of their own, but whether or not that particular style will appeal to you is something you ought to check out for yourself. If you are willing to enter the sickening realm of VTTA, do so with an open mind (and a foul mood) and you shall be rewarded accordingly.