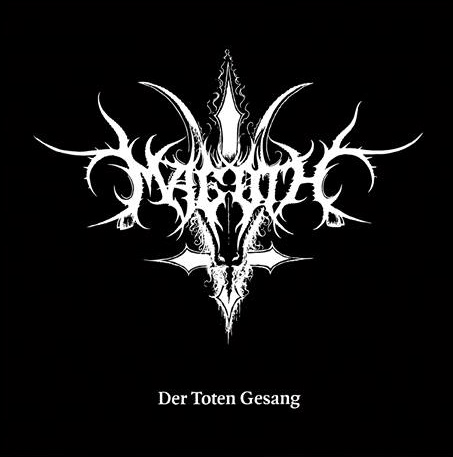 It was quite by chance that I stumbled on this rather excellent and well-executed 7-song effort on Bandcamp by the German black metal outfit named Magoth. Entitled "Der Toten Gesang", this self-released album is an energetic and utterly dark affair that displays both talent and potential. Although the band was formed in 2011, "Der Toten Gesang" is the first proper release by the band. Having said that, I am pretty confident that these guys have spent the last few years sharpening and honing their skills, because this demo is not only varied and dynamic, but also genuinely claustrophobic and sinister at times. It has a genuine and honest feeling to it that appeals to me. As to stand-out cuts, I am especially impressed with the melodic, epic, and melancholic "Sheol" as well as the bombastic "Mental Fortress". The morose closing track, which is appropriately titled "Funeral", is downright inhuman and gives me the fucking chills. Rotten to the core, but hauntingly beautiful as well.

The mix of fast-paced riffs, grandiose melodies, slow and crushing parts, and creepy atmospheres is impressive, but one thing that I could have wished for is more diverse vocals as they tend to sound a bit linear and one-dimensional from time to time.

Considering the fact that "Der Toten Gesang" is essentially the band’s very first demo, I am convinced that Magoth can go far and produce some all-out awesome albums in the future. Keep an eye out for this band!