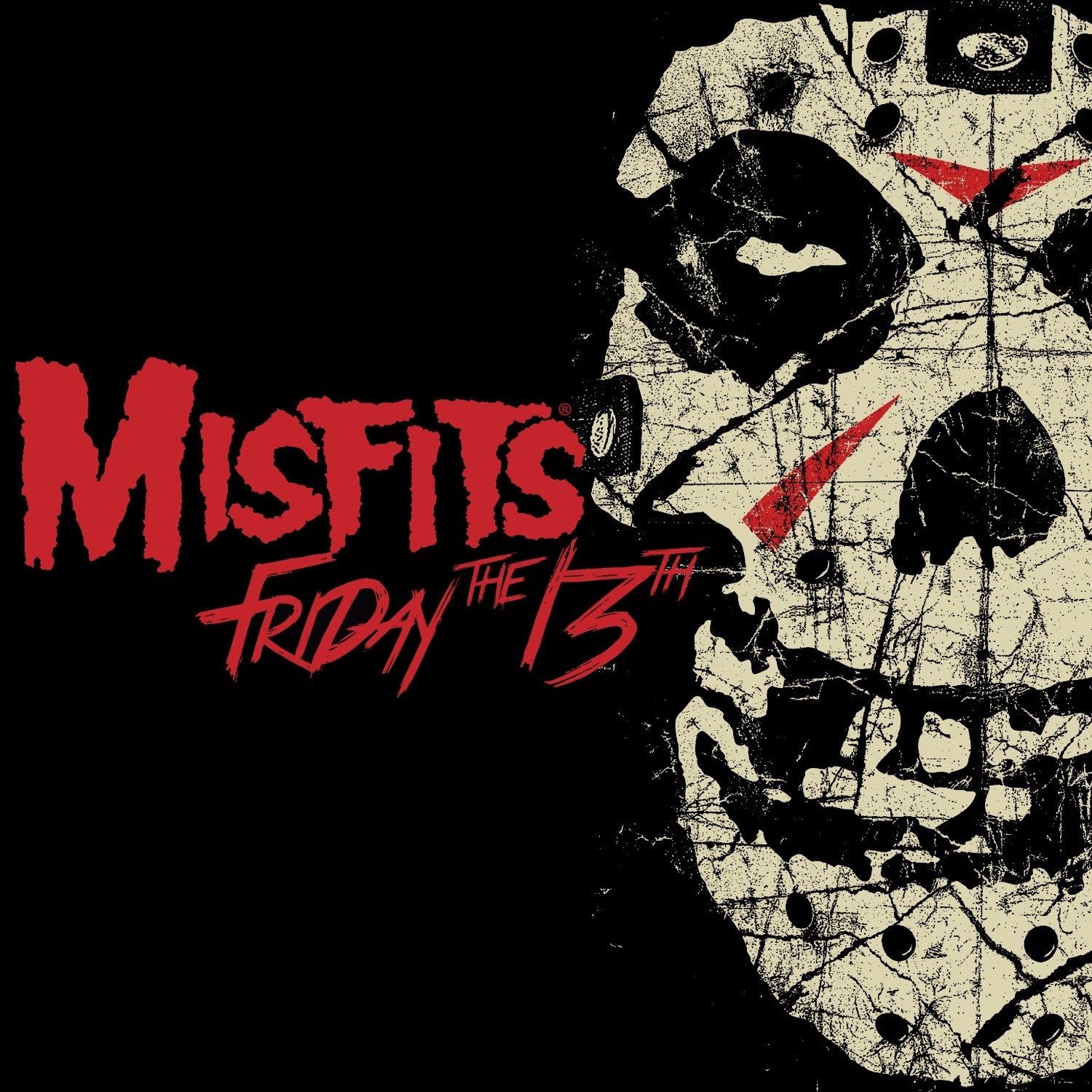 The latest EP by the legendary horror punk outfit known as Misfits is the real fucking deal. Entitled Friday the 13th, this awesome musical effort boasts four extremely catchy songs with great hooks that are right up there with the very best of them. That especially goes for the first two songs, the two tributes to 80s slasher-icons Jason Voorhees and Freddy Krueger, more specifically "Friday the 13th" and "Nightmare on Elm Street". I swear, that chorus in "Friday the 13th" is driving me crazy. It is so infectious and memorable that I find it sickening. I love it! The use of keyboards in that song is a nice touch. "Laser Eye" is a tribute to classic sci-fi while "Mad Monster Party" is a rather short piece with a strong rock ‘n’ roll vibe to it. Musically and lyrically, these four tunes remind me of the Famous Monsters album, the Project 1950 covers album, and the Devil’s Rain album. Those of you who only dig the Misfits with Danzig singing might as well stop reading this now, but those of you who love the albums with Michale Graves and Jerry Only singing need this EP badly.

On a side note, the line-up consisting of Jerry Only (bass and vocals), Jerry Other (guitars) and Eric "Chupacabra" Arce (drums) was a strong one. I know, because we watched these guys live in action last year, and they fucking destroyed the place. I am glad that these guys were at least able to record this EP so that we have that as a keepsake of sorts now that Only, Doyle, and Danzig have reunited.