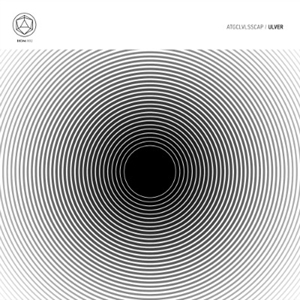 As is usually the case whenever Ulver releases a new album, I have no idea what to expect other than quality. There is just no way of knowing what strange and delightful moods these guys might evoke whenever a new release is conjured up. That is the truth of the matter. These guys were never predictable. The band has always been an innovative force and that is not about to change now, as evidenced by the brand new 80 minute opus entitled «ATGCLVLSSCAP» .

This otherworldly and captivating new output of theirs is quite something. It is partly a transformation and re-interpretation of past exploits in that parts of it consist of songs that were recorded live at 12 different locations and then enhanced and whipped into something pretty damn unique in the studio afterwards. You can sense a lot of improvisaton and rather loose structures in a lot of places, which ties in perfectly with the very objective of this record, at least from what I have gathered. Clearly, the live cuts have been edited heavily, but the organic feel is still intact and it is refreshing to listen to these tunes that hover between the familiar and the totally unknown. You know these tunes, or at least you think you do, but they are something else here…something more…and somewhat unsettling. Actually, I am being a bit of dick here, because I make it sound as if «ATGCLVLSSCAP» only contains new versions of old songs. That is hardly the case. The majority of what makes up «ATGCLVLSSCAP» has never been heard before, but the very foundation of the album rests on previously released material, if that makes sense. Thus, you will recognize melodies and chord progressions and stuff that are familiar to you, but the context is totally different. Sure, «Nowhere (Sweet Sixteen)» almost sounds like a slower and more moody version of «Nowhere/Catastrophe», but do not expect some crappy and irrelevant re-recording, you fuck! You need to approach this with an open mind.

«ATGCLVLSSCAP» is not only an extremely atmospheric and fascinating piece of work, but also highly diverse. It is intense and hard-hitting in places while mellow and heartbreakingly beautiful in others. Truly the work of a group of artists. Imagine a hallucinatory Ulver jam session and you are halfway there. You know as well as I do that you want this. Badly.