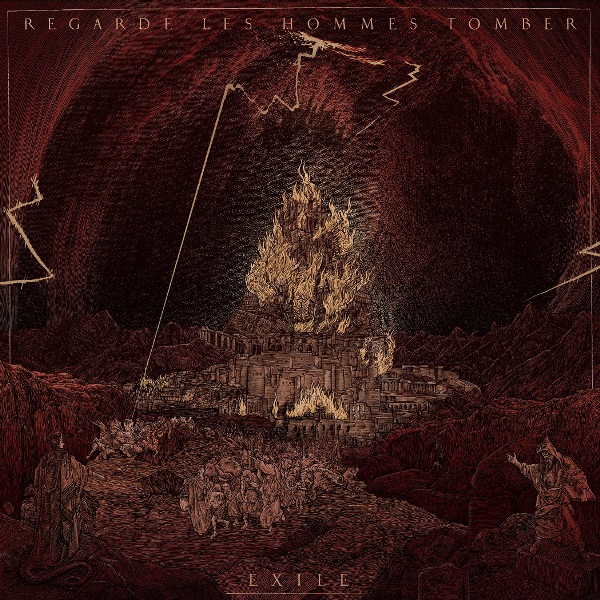 As the name of the band strongly suggests, Regarde Les Hommes Tomber is a French black metal outfit whose second album, "Exile", is out now. So, how do these guys fare in the ever-expanding world of post-black metal albums and releases? Truth be told, these guys have conjured up an interesting and dynamic 7-track album that is aggressive, intense, and epic. Did I also mention that it possessess a pitch black atmosphere? Well, it does. The whole thing reeks of urban decay, the dangers of religious fanaticism, and good old fashioned scorn for their fellow man. And guess what? I kind of like that! At the same time, there is this sense of melancholy present on the album that is pretty intriguing.

The vocals are very convincing and definitely one of the strong points of the album. It is like an instrument in itself here, which is something that an outrageous number of other black metal bands could learn from. A lot of the melodies and riffs walk that fine line between being dissonant and catchy, which is quite cool. The sound is massive and bone-crushingly heavy in places, which is underlined by all those sludgy and creepy riffs that often come into the frame.

I guess this is how divine punishment and despair sound like in 2015, and I am totally okay with that. Recommended for fans of black metal and sludge alike.