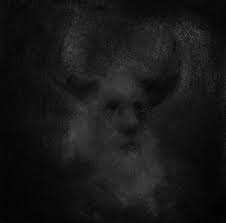 The French six-piece horde named Maïeutiste recently released this debut album of theirs via the French label Les Acteurs de l’Ombre Productions, which has resulted in a fine slab of post-black metal mixed with doom metal elements all housed in a nice looking digipak. I am not familiar with the band’s 2007 demo release, but judging from the complex musical landscapes and orchestrated passages that make up large parts of this album I would say that the band is off to a good start.

There is plenty of stuff on display here to warrant repeated and concentrated involvement on the part of the listener. Strangely twisted and morbid riffs, doomy elements, epic melodies, soothing acoustic guitars, and percussive bombardments are but a few of the things that you, my scummy reader, can lose yourself in on this album. As you have probably gathered by now, "Maïeutiste" is a diverse and varied album that is full of surprises. You can even spot a few influences from folk rock and jazz here and there. This is some messed up shit, but I like it. While the album as a whole is very much an orchestrated avantgarde piece, there are plenty of old-school black metal elements to be found as well. It just so happens that these guys have decided to defy all rules and categories and come up with a sound and expression of their own that owes as much to black metal as it does to a whole bunch of other genres.

While I would not go as far as to say that this album is a must-have or a modern classic, it is an engaging and impressive piece of work that one can listen to many times over and discover new aspects of every time. All open-minded listeners and fans of avantgarde metal ought to check this out.