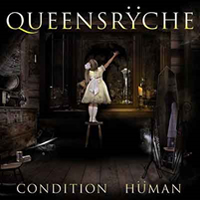 2013’s ‘Queensryche’ album marked the reinvention of a band that had been lost in the wilderness for many years. It signified a return to form – a revisiting of pastures metal, and it also served to unveil the incredible talents of vocalist Todd LaTorre. Of course many felt and still feel that Tate could never be equalled, but it seemed the price of Tate was a Queensryche that had lost touch with its metal roots. And who could hear LaTorre and deny 1. The power of his voice on new material and 2. The immense versions of old ‘Ryche numbers that were doing the rounds with him at the helm? The band wisely chose to tour and more than amply demonstrated how good a modern Queensryche could be. Those who follow the latest incarnation of the band will also have been wowed by the energy, love and positivity LaTorre pours into what is obviously to him the best job in the world. His debut with the band was my album of 2013.

On to 2015 and the band have finally released their second full-length. Excellent news of course. The subtle but potent hooks are there in every song. The vocals are everything LaTorre promised last time around only this time it feels like his own style has become more of a part of what Queensryche do. Yes, this is classic Queensryche, but a more integrated version than last time around. Strangely, the guitars manage to be understated while shredding at every opportunity. The rhythm section churns out killer grooves at times, yet takes a back seat to move things smoothly along at other times. Rockenfield is as amazing as ever although he makes so little fuss about what he does that his contribution could be overlooked.

Overall, ‘Queensryche’ had some pretty awesome high points and I don’t feel that ‘Condition Human’ reaches these. Having said that, ‘Condition Human’ is perhaps more consistent overall. It is also a much slower build. Where ‘Queensryche’ grabbed you after the first few listens, this one hands out its pleasures sparingly, meaning you might not learn to love it as quickly, but you may be returning to it for even longer. But only time will answer that one. My only quibble is that now that my initial joy about a functioning Queensryche has passed, I wish they were just a little bit heavier. Although this is by no means a soft album, and although the production is extremely professional, I just wish it wasn’t so polished and radio friendly. I think it is fair to say that metal fans’ tastes have run heavier and heavier since 1982 when the band were honing their craft and working on their Judas Priest covers. It would be nice to hear them take it back even closer to basics and deliver something a little less sophisticated and closer to the jugular…