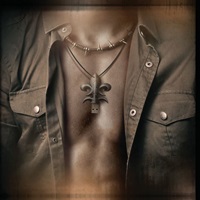 Lines are drawn. Geoff Tate won the right to take the Operation: Mindcrime name following the lengthy court battle, while Queensÿche can continue with Todd LaTorre at the helm. "The Key" is the first effort with Geoff and his bandmates as Operation: Mindcrime, familiar names involved include drummer Simon Wright, guitarist Kelly Gray, and drummer Brian Tichy among others. Slight more progressive-oriented than I expected, the material has a lot of modern groove and punch that may sit well with newcomers but trouble the old-timers.

A keyboard oriented interlude such as "Discussions in a Smoke Filled Room" have a little bit of 80’s period Genesis in mind, while the vocal-led follow up "Life or Death" has that whiny modern rock feel. The industrial/ cyber-feel for "The Stranger" sees Operation: Mindcrime delve into semi-doom gothic rock territory, Geoff giving more of a talk through the lyrics but occasionally reaching back for some of his power melodic range during trailing verse/chorus moments. Conversely "The Key" does have the occasional song that reminds us of Geoff’s 80’s Queensrÿche era – "Re-inventing the Future" probably the best example as the song has a little of that "Eyes of a Stranger" element during the verses, and the 6:34 "The Fall" contains interesting jagged progressive elements between the guitars and drums throughout.

There’s nothing wrong in my eyes with musicians who want to explore new terrain from time to time. Geoff has every right to do so – the problem is, certain actions through the years have alienated his core audience that loved records like "Rage for Order", "The Warning" and his name sake for this act. This isn’t pure metal for metal’s sake – there is a certain heaviness, but I think it comes from a progressive, alternative modern rock side. Better than a lot of his output over the past decade, yet "The Key" still doesn’t hold a candle to where Queensrÿche w/Todd L. are going for my tastes.