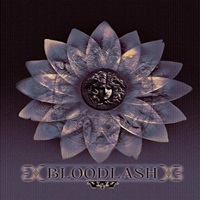 BLOODLASH – Drowning Amidst the Nebulae

Originally released on their own in 2012, Finnish label Inverse Records felt this Mexican progressive death metal act Bloodlash deserved a wider push and issue their debut EP "Drowning Amidst the Nebulae". 4 songs in 22 minutes that have as much in common with Dream Theater and Lamb of God as they do Opeth and avant-garde/ post metal, as you’ll hear exotic riff twists, almost pan-flute passages, and a boatload of caustic screams and deep crunchy/ death grooves throughout blistering material such as "Scythian Aurora" and "Ocean Bed".

Vocalist Paul Alanis has a fiery delivery, but often veers dangerously close to the metal-core / tough guy platform that detracts from the obvious high level musical skill set present, and his clean parts possess a monotone, airy vibe that isn’t very strong. Fortunately the layered guitar approach and forward thinking drumming -which can move from stoner doom to jazzy maneuvers – carries the bulk of appeal. I’d be curious to hear where Bloodlash has come in the last few years, because I’m sure despite a couple of member changes they have hopefully taken in even more of their own sonic influences and could develop into a potent progressive death metal act.

The abstract cover also clues you in that we aren’t dealing in straight ahead norms. Bloodlash may develop a cult following based on their zig-zag musical stew, but they do place a certain degree of importance on hooks and grooves which I think could benefit their appeal long-term.