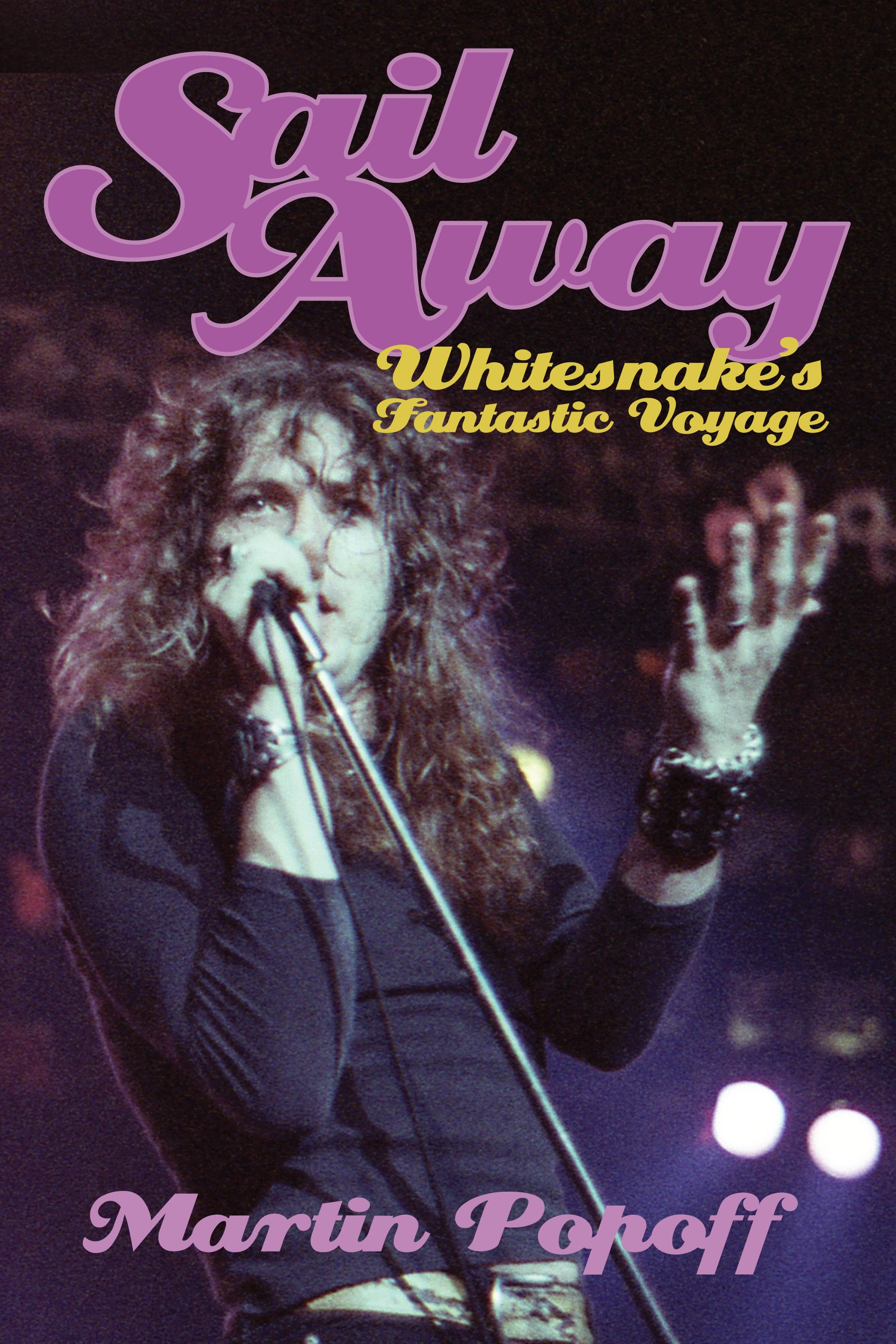 Finally! Have long have we not waited for a proper, well-researched, in-depth, and entertaining biography on the hard rock blues monster that is Whitesnake? Well-known author Martin Popoff, who has written books on Black Sabbath, Iron Maiden, and Judas Priest among others, apparently took it upon himself to write a detailed biography chronicling the life and times of David Coverdale and Whitesnake, and I will forever be grateful to him for doing so. "Sail Away: Whitesnake’s Fantastic Voyage" is loaded with interesting and captivating stories as well as both funny and tragic anecdotes that should appeal to all fans of Whitesnake and David Coverdale’s stint with Deep Purple, be they old or new fans of the band(s). Let us have a closer look at why this book rules, shall we?

First of all, I must say that I enjoy Martin Popoff’s style of writing and the way in which he brings every story to life regardless of whether we are dealing with a small and somewhat insignificant anecdote or a major, life-changing event in relation to Whitesnake. Nothing is glossed over and everything is of value and has some sort of significance, if you will. Nearly every musician who has been a member of Whitesnake at some point is interviewed, and I can only applaud Popoff for including world-class musicians such as Rudy Sarzo, Tommy Aldridge, Vivian Campell, John Sykes, Micky Moody, Neil Murray, Bernie Marsden, A&R executive John Kalodner, and so on in this insane story of how Whitesnake grew beyond all proportions in terms of popularity and became a household name of sorts. Needless to say, the interviews with David Coverdale himself are very fascinating, but I especially enjoyed all the interviews with Bernie Marsden, Micky Moody, and Neil Murray. They offer a lot of insight into the workings of early Whitesnake and how the whole thing developed and grew over time. I just love the way in which Marsden, Moody, and Murray tell all these stories and the depth and charm of it all. Hats off to these three gentlemen!

One other thing that rules is that Popoff does not focus entirely on David Coverdale and Whitesnake all of the time. Instead, he also brings up side projects and Whitesnake-related bands such as M3, Company of Snakes, Blue Murder, and Snakecharmer, all of which are/were awesome and comprised of former members of Whitesnake. In my opinion, all of these things are relevant to the overall story of Whitesnake, and it is nice to see that the latest solo albums by Adrian Vandenberg ("MoonKings") and Bernie Marsden ("Shine") are also named and briefly touched upon at some point. I do wish that there had been more chapters devoted to the last two studio outputs, namely "Good to be Bad" and "Forevermore". Also, David Coverdale and Whitesnake have released some mindblowing live albums these past few years, and it would have been really cool if they had been discussed in more detail, but one cannot have it all, I suppose.

There are some really cool photos included in "Sail Away: Whitesnake’s Fantastic Voyage", and the whole thing is beautifully written. To tell you the truth, I had trouble putting it down, which, obviously, is a compliment. I strongly urge all fans of Whitesnake to read this book as it is very rewarding in every sense of the word.