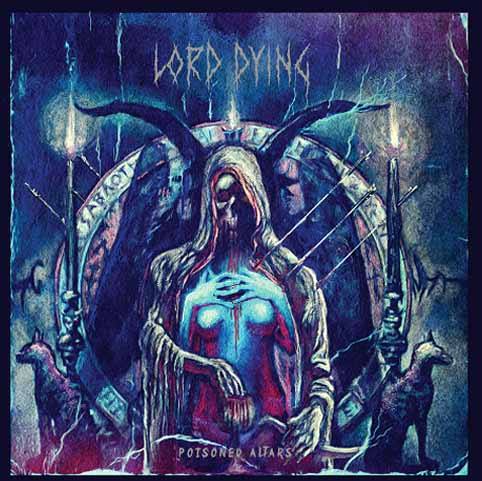 Lord Dying´s second full-lenght "Poisoned Altars" is eight songs of brilliant sludge metal by this US newcomer. Formed back in 2010 and armed only with their debut "Summon the Faithless" from 2013 Lord Dying set out to conquer the world.

"Poisoned Altars" is a formidable slap of heavy riffing and a vocal not quite common in this genre. Personally I find the latter to be refreshing and it clearly seperates them from a lot of their peers. The album is pid paced with some exelerating parts that makes the whole package more interessting. The arrangments keep the music creative and with a really heavy production, "Poisoned Altars" is for sure an album you should check out.