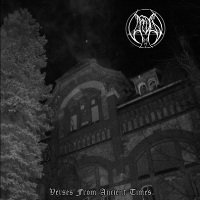 Since 2013, one man Italian BM powerhouse Vardan has released 7 albums, making ‘Verses from Ancient Times’ his 9th full length release. Expect long, repetitive tracks of cold, raw BM in a slightly depressive, introspective vein. Ok, so you won’t find anything new or that you haven’t heard elsewhere before – but that doesn’t bother me in this case. ‘Verses from Ancient Times’ works best when you want that straight-up BM fix and personally speaking, I don’t object to the depressive angle as it only serves in this case to make the whole thing sound more hypnotic.
Worth checking out.

MANILLA ROAD – Out of the Abyss