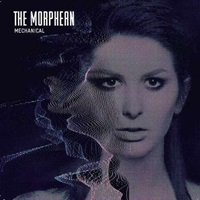 Melodic death metal from Austria again, here is The Morphean with their second album "Mechanical". Slowly working their way up the ranks since their 2006 beginnings, they’ve maintained a steady lineup since the start outside of drummer Uli Meisinger, who came in during 2010. After a couple of passes, the 10 songs are standard Gothenburg inspired melodeath, occasionally veering into metalcore or blasting territory with "The Mass Infection", the jumpy "Light on the Horizon", and "Shadow Kingdom" respectively.

Vocalist Burns Biermayr gruffer, growly nature has that acidic edge necessary to keep the lineup out of the commercial limelight. A huge plus for The Morphean would be the guitar tandem of Markus Großwindhager and Christoph Giera that throw down some lightning quick twin harmonies and echoing refrains that encourage spasmodic body movements, be it slower and pummeling on "Echoes" or a little more militant and forceful on "A Sinner’s Life". Everything is tightly constructed and executed in a 4 minute and change manner, but you get the sense that there is a struggle to establish any sort of originality for "Mechanical". When you mesh together Scandinavian death and American breakdowns, the end result could be disastrous – and while I’m not saying songs like "Reanimated Breath" or the uppity title cut are horrible, they certainly could use a fresher approach in the riff/ tempo arrangement arena as those familiar to the genre can predict the changes and breakdowns.

So seek out samples in my opinion before making a final call on "Mechanical". Those who love In Flames intertwining with Killswitch Engage or Hatesphere may dig The Morphean, but for now I’d consider them a minor league act in need of more seasoning for a push up the ranks.

STATE OF SALAZAR – All The Way