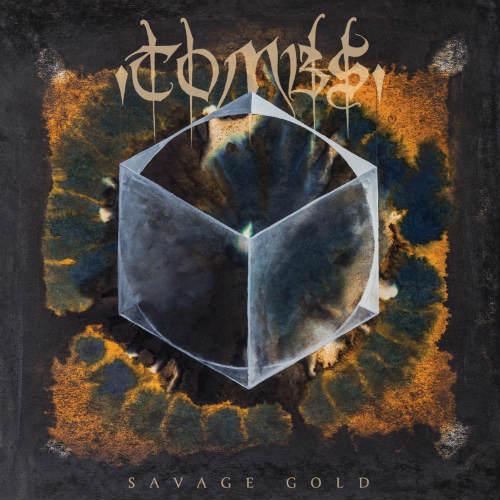 ‘Savage Gold’ is the third full-length album from Brooklyn four-piece Tombs. It was the first I had ever heard of this band, but I am certain after 20 spins that it won’t be the last I hear of them.

I suppose the hardest part of this review is going to be describing Tomb’s music. It is a kind of black/death metal hybrid with elements of post-everything. The band cites Neurosis, Swans, Darkthrone, Black Flag, Deathspell Omega, Leviathan and Bauhaus as influences and the music pretty much reflects those preferences.

‘Savage Gold’ is a strange mix – the progressive elements and complexity mean that most of the material requires heavy listening in order to make sense of things and find out what is going on. At the same time, the straight-up appeal of so many sections means that this is simultaneously a very accessible album. A contradiction, I accept, but true nonetheless. The musicianship is excellent and the band has an unerring ability to create dynamic tracks that are constructed to yield their savage treasures on a drip feed, so that each return to the album brings new joy. And the cut-glass precision of the production job? That is courtesy of uber-perfectionist Eric Rutan.

So, if you fancy something a bit more cerebral and slow to grow, but still something that has power and sharp teeth, give this a try. You are going to hear Tombs sooner or later. Might as well make it now.