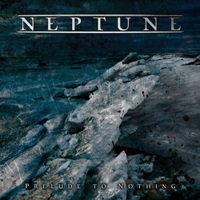 Originally coming out on a self-released basis, Italian record label Earthquake Terror Noise saw the potential in this melodic death/ thrash metal band Neptune and re-issued their second album "Prelude to Nothing". An obvious affinity for In Flames in present (check out the "Colony" keyboard swirls during "Of Courage and Honor") but the band also dig a touch of the modern scene in terms of Killswitch Engage, Hatesphere, or As I Lay Dying harshness from vocalist Mattia Nidini or the occasional groove/ breakdown tempo shifts.

Neptune certainly have a lot of potent material that wastes no time going for the right hook and strong verse/ chorus links: the energetic "Lost in a Lie" and rhythmically thrash-tastic "Drifting" two of the 11 tracks that make immediate devil’s horns approval. Be aware that there are times that Neptune veer dangerously close to the ‘commercial’ modern side of things – the good cop echoing vocals can be annoying as the filter in and around the main screams and growls for "Rampage of Vengeance". Pay attention to the dual guitar team of Claudio Giacometti and Mattia Filippi – they really understand all the harmony needs and individual rhythms necessary to keep the material- even injecting some cool acoustic/ swirling parts to the end of "In Collision" that make this one of my favorites.

Let’s hope album three hits the streets quicker than their current 5 year clip between records, as "Prelude to Nothing" actually has a lot of crossover thrash/ melodic death potential to put them in the running for prime touring and festival action.