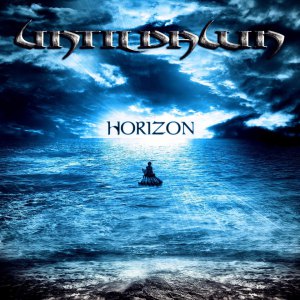 How many more metalcore bands are we to be treated to before we can officially declare the genre dead? Truth be told Shai Hulud and Misery Signals have stretched the limits of the metalcore beast to the point of end be all.

Here we have a band who obviously likes Killswitch Engage (The Red Sun Rises This Day, This Fallen Fortress, Horizon) and maybe their own clone, All That Remains (The Trial, WM3). Add Beyond the Embrace (especially vocalisations), Himsa (two of metalcore unsung and underrated heroes, both defunct), and some In Flames (Strings of the Damned), a mandatory bow in the genre. Almost all tracks are played in that fashion and tradition, although with a fair amount of skill and variety. No surprises, but admittedly no regret as their brand of unoriginal metalcore is solid, melodic and catchy.

I would therefore give it a 4/6 and call it a review, except for one interesting anomaly – track no. 7, DNR. Stylistically, it is downright nu-metal in the vein of Staind, but done with such feeling, such horrifying lyrical detail, it earns UD another half a point. If "DNR" and "Richard", (about a heinous murderer Richard Kuklinski) the closer with a violin intro, is any indication, Until Dawn can sound fairly creative. Hence, 4.5/6 and a hope for a more creative and original follow up.