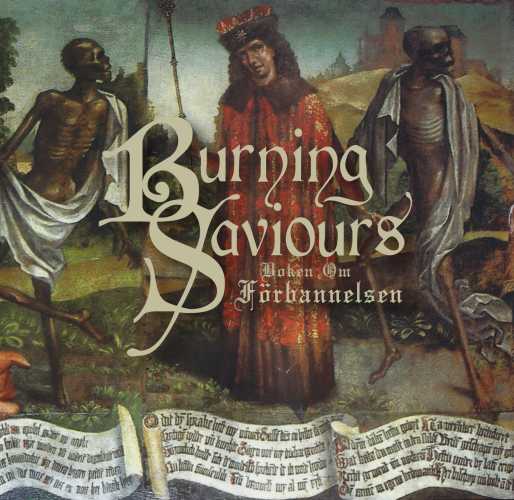 The Swedish occult stoner/doom rockers known as Burning Saviours have once again joined forces with I Hate Records and released a compilation album consisting of four previously released 7" singles that came out between 2011 and 2013. In a sense, "Boken om Förbannelsen" is quite neat if you’re either new to the doomy and hazy sounds of Burning Saviours or if you simply didn’t get your filthy paws on those four singles of theirs. The quality of the material to be found on this disc varies a bit, to be honest with you. None of the songs are bad as such, but "Förbannelsen" and "The Offering" aren’t really that interesting. On the other hand, songs such as "Spirit of the Woods" and "Doomus Maximus" are great and display a lot of passion and emotion. "Boken om Förbannelsen" is not altogether awesome or mindblowing, but all in all the end result is pretty solid and entertaining.

Burning Saviours were already putting out music before the whole 70ies vintage rock revival thing exploded, and even though they’re hardly original, they do manage to convey and evoke something authentic and honest through their music. If Led Zeppelin, Pentagram, Black Sabbath, Cream and the likes rule your world then by all means give this Swedish outfit a spin or two.