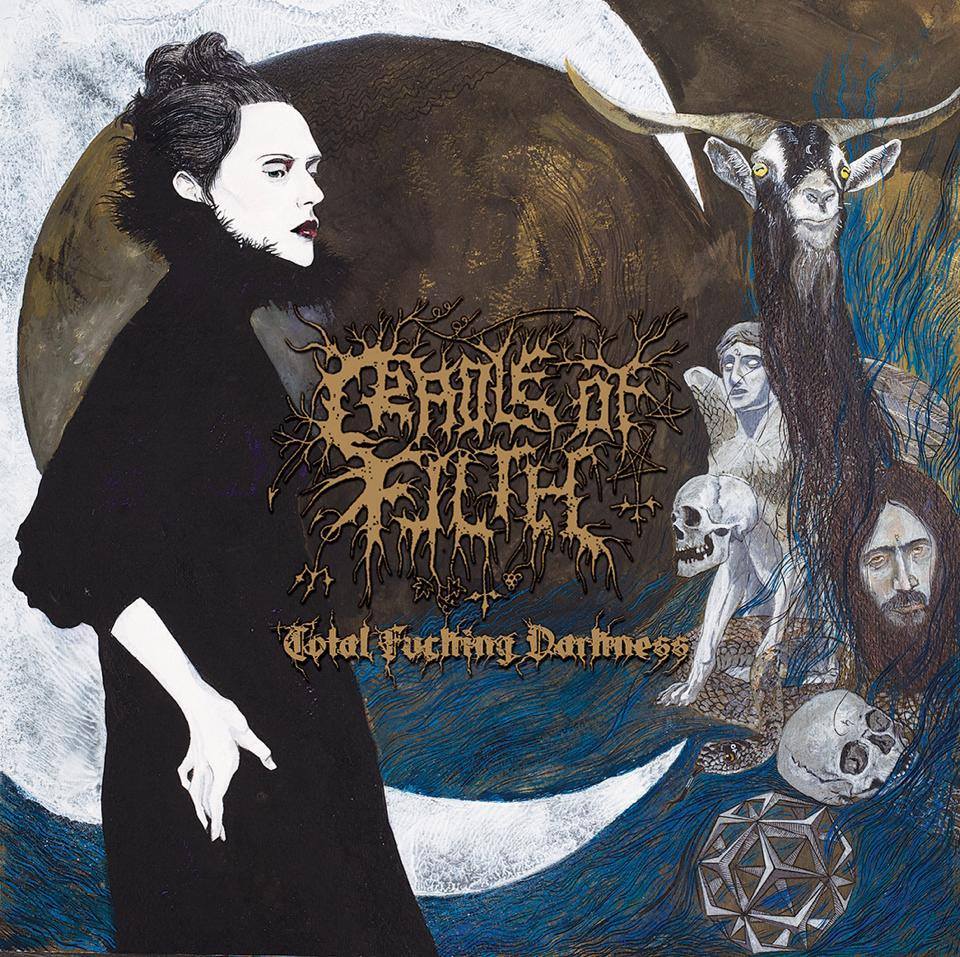 To be honest, I´ve never been a big fan of Cradle Of Filth. Their gothic formula to black metal with that shrieking vocal on top have annoyed me more than most.

Their debut "The Principle of Evil mad Flesh" from 1994 was quite promising with some fresh ideas to the allready dragging black metal genre. Dani´s voice was deep and evil, not high pitched and shivering and the use of keyboards was not all over the place.

Cradle Of Filth have progressed in the wrong way for me over the years since that impressive debut so when I received their demo as a re-release I must admit I was looking forward to listen to it as I´ve never heard their demo materials before.

"Total Fucking Darkness" is re-released as a double LP so the material is from both the mentioned demo and some unreleased tracks from their demo days.

Their musical approach back then was more in the vein of a hybrid of both black and death metal with blastbeats, grim deep vocals and some intricate riffing. The material collected here is a pleasure to listen to compared to their newer material and this will for sure please their older fans.

Cradle Of Filth has according from this demo some real potential, the rest is history.

IRON SAVIOR – Rise of the Hero