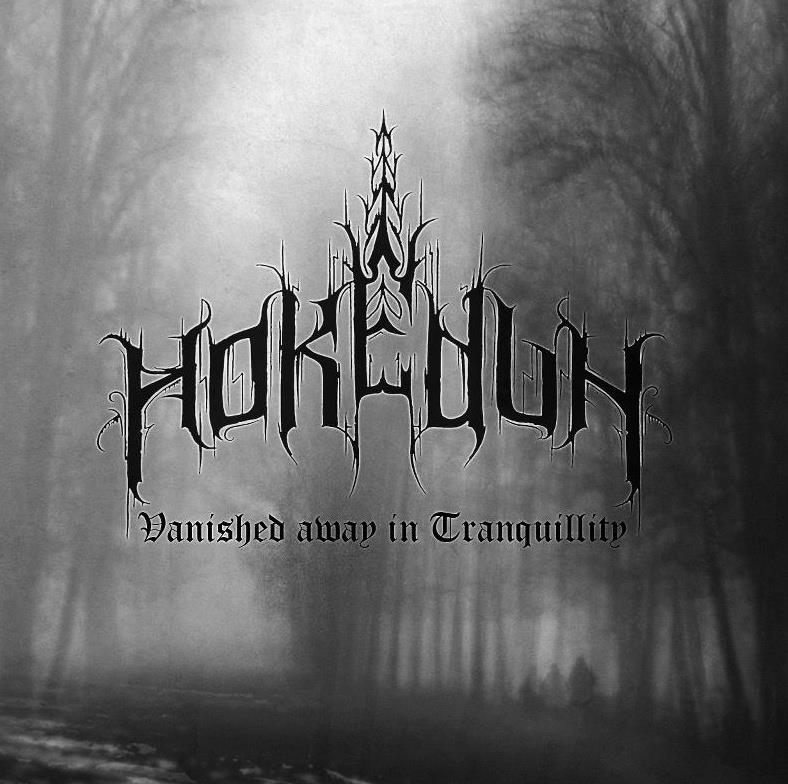 HOKEDUN – Vanished Away in Tranquility

Hokedun is an old-school black metal hand hailing from Warwick in the UK. The band consists of Eren and Ed, and this demo release of theirs entitled "Vanished Away in Tranquility" contains 5 songs rooted in rather raw and melodic black metal. The emphasis is definitely on evoking an atmosphere akin to certain other old-school black metal gods, and Hokedun do manage to conjure up some interesting soundscapes from time to time, mostly because of the strong melodies in places and the lo-fi sound working to their advantage. There is nothing original or innovative to Hokedun at all, but they do possess potential and an ear for good melodies. The programmed drums are not as annoying as one would think, and the acoustic guitars that creep in from time to time add some variety to the whole thing. The vocals need some work as they do not really complement the music all that much, but they are not altogether bad.

Some of the lyrics are extremely cheesy and downright lame, especially "Giant and Midget", and I actually thought that some of the lyrics were a joke at first. Anyway, the duo should definitely spend some more time on writing good lyrics for future releases. Like I said earlier on, there is some potential to be found here and "Vanished Away in Tranquility" is their first release, so hopefully in the future the band can develop and refine their sound and expression even further.