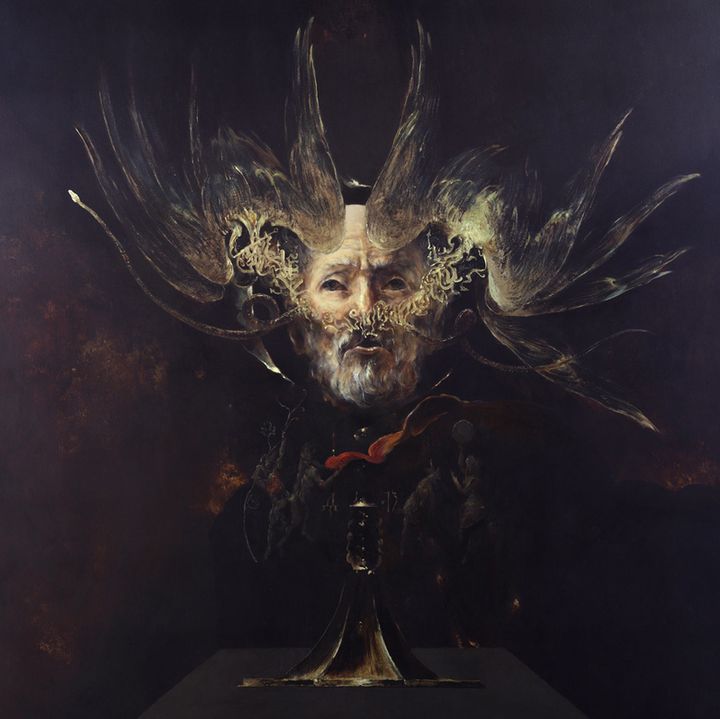 The mighty Behemoth (formed back in 91) is back with one of the most hyped releases in a long time. The high hopes where all over the place in the media and with all the teaser videos released "The Satanist" really had to deliver on all accounts.

Frontman Nergal & Co has been a lot in the media the last couple of years, both because of the bands supposed blasphemy charges and also Nergal´s desease and recovery.

Behemoth (PL) started out as a typical black metal band (the "Grom" album is great btw), then moved on and morphed with death metal and they have stayed a hybrid since 99´s fantastic release "Satanica".

The last 15 years or so Behemoth have delivered some prime black/death metal and even though their music sometimes can be little to pompous/polished and overproduced, their music have allways appealed to me.

Their musical agenda have allways been about praising the man below and on "The Satanist" they have also taken back more of the blackness in their music.

The death metal is there but the focus is more on harmony and atmosphere and less blasting (but don´t worry, there´s enough of blasting for at least a week).

Nergal is also doing more of actual singing on "The Satanist" than before, the deep screams with the added ton of reverb is also present but the arrangements are more layered to give the lyrics more focus.

By adding clean solo´s they also distance themself with their earlier releases and maybe try to appear a bit more mature(?).

But my biggest concern about "The Satanist" is that it´s too well produced and clean. The hard edges are gone and the brutality is a tiny bit to polished.

The Behemoth machinery is well oiled and works like a charm. Their melodic take on extreme music is appealing and just fun to listen to (oops, did I really say that?)

Personally I enjoy "The Satanist" but it does not top their "Satanica" and "Demigod".

I repeat my editor Rune´s last statement (and he may be the most devoted Behemoth man I know of..), "I´am a little dissapointed but mostly satisfied"