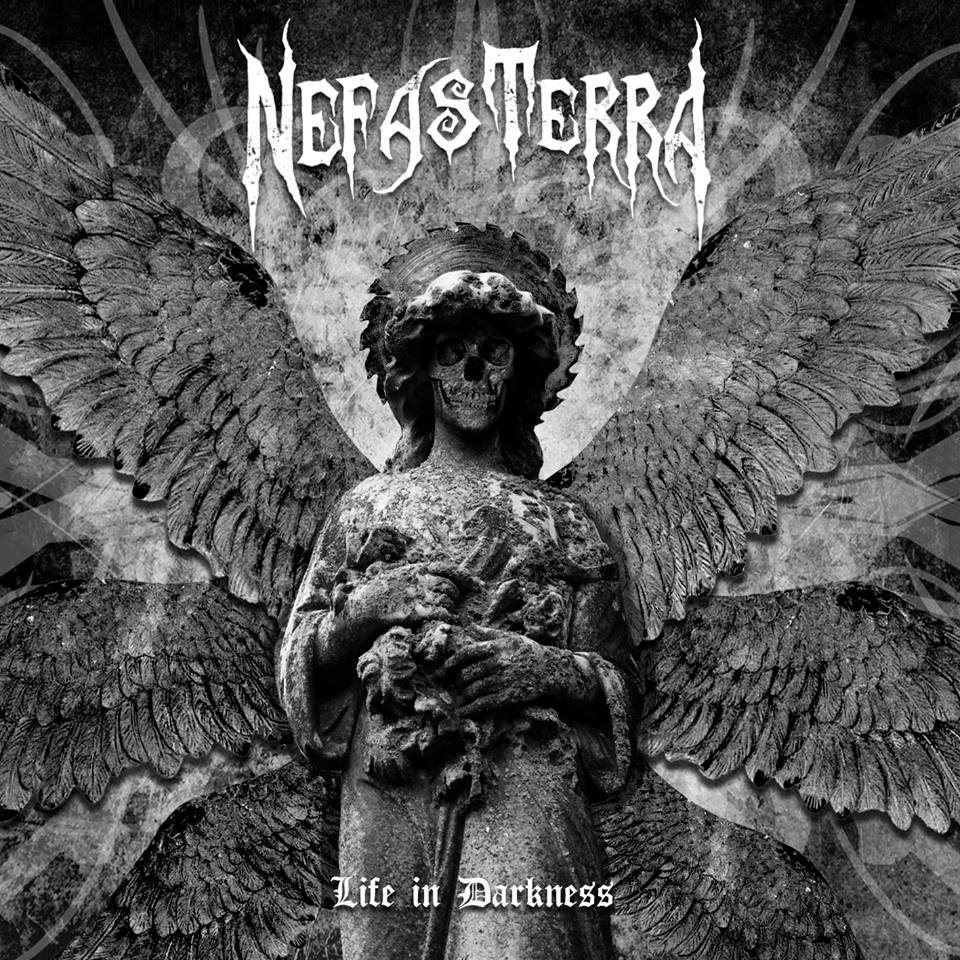 Nefas Terra is a Russian black metal entity consisting of two members, Chad and Klem. "Life in Darkness" contains 6 intense and merciless songs filled with icy riffs and grim vocals as well as a cover of Satyricon’s well-known "Mother North". The title track is a furious affair with a lot of catchy melodies and atmosphere to it while "No Way Out" is slightly more symphonic and epic. The vocals alternate between screeching black metal vocals and deep death metal-like growls, which adds a bit of diversity to the whole thing, although I think the vocals are a bit too far up in the mix. "Early Christianity" is pretty damn aggressive and yet quite varied with some crazy riffing here and there. The drums on the album are programmed, which is quite evident, but luckily they are well done and don`t sound flat or completely lifeless. "Vice" isn`t really that appealing, but "Suicide" makes up for that and contains some captivating and semi-thrashy riffs as well as some rather melancholic parts. Definitely the best song on the disc in my humble opinion. "Poison" is pretty average, but the cover version of "Mother North" is pretty raw and necro, which is actually kind of cool in the sense that it is quite different from the original version. I like the vocals a lot here.

Overall, "Life in Darkness" is hardly what one would call original or innovative, but the songs are generally interesting and well-composed, and Nefas Terra possess a wicked and unholy charm that certain black metal bands from Russia simply have. I can`t quite put my finger on it, but who gives a shit anyway? The bottom line is that this is good stuff and should appeal to quite a few of you black metal fanatics out there!

The CD is available through 9th Meridian Records: https://www.facebook.com/ninthmeridianrecords