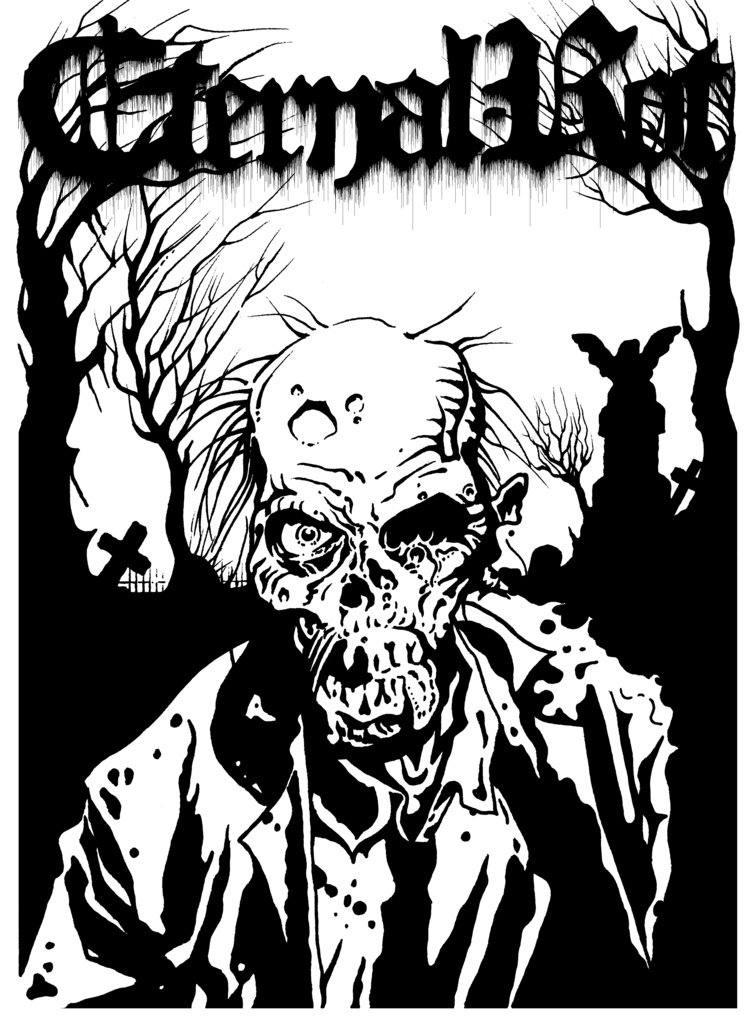 Eternal Rot is a Polish/British duo consisting of Grindak and Mayer, and these guys perform doomy death metal with a rotten and disgusting vibe to it. The band was spawned last year and this promo tape of theirs, which can be downloaded for free via Bandcamp, is their first ever release as far as I know.

"Promo Tape 2013" consists of two songs, "Crawler" and "Sickening Deeds", and has a total runtime of nearly 9 minutes. The actual music is slow, catchy, and filthy. It has a lot of atmosphere to it, and I really like the those deep, growling vocals that sound like they come straight from the deepest pit of Hell. The drums sound pretty good as well. The riffs are simple and effective, just as they should be for this kind of music.

Given that there are only two songs on the promo there`s hardly any point in going on and on about the content, but this is most definitely a good release and there`s a lot of potential and promise to be found here, so check it out if you`re into old-school death metal with a dark vibe to it.