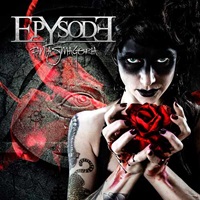 The second album from the mind and heart of Samuel Arkan, "Fantasmagoria" consists of a new set of vocalists and musicians executing 14 tracks of dark, melodic progressive metal with power overtures. The players at hand include Tom Englund (Evergrey), Henning Basse (Sons Of Seasons), Matt Marinelli (Borealis), Ida Haukland (Triosphere), and Tezzi Persson (Between the Silence) on vocals- plus Leo Margarit , Simone Mularoni, Mike LePond, and Julien Spreutels handling the instrumentation.

The style appears to be in line with what you would expect from acts like Symphony X and Masterplan, along with the darker crunch that has made latter day Tad Morose very memorable. "The Black Parade" appears to be an early favorite, the guitar riff and pulsating keyboard passages forming a kinetic one-two punch as the high octane vocal melodies glide effortlessly over the arrangement. "The Arch" contains a lot of the dramatic, moody qualities we’ve come to know and love from Tom’s rich voice, and I enjoy the occasional burst of drumming speed and off-time signature transitions that keep you on your toes. The title cut is a 6:49 ballad tour de force, Ida and Tom trading off tender verses and chorus work while the song builds and builds through lone piano parts to an emotive meets progressive electric lead break.

Samuel tastefully adds in shorter, narrative elements or instrumental songs with "The Inheritance", "File 4180-2", and "Garden of Exile" so the listener can grasp all that takes place, and to catch a breather at times. In comparison to "Obsessions", "Fantasmagoria" does display more of a cohesive, ‘band’ oriented feel from track to track- which I think recording at Samuel’s Noise Factory studio in Belgium helped the cause.

There is a wide array of appeal for those into the musicians that play with Epysode. The bonus is, "Fantasmagoria" contains an exciting storyline and high quality songwriting, so this will be a no-brainer for a lot of dark, progressive metal fans.

WARMASTER – The End of Humanity