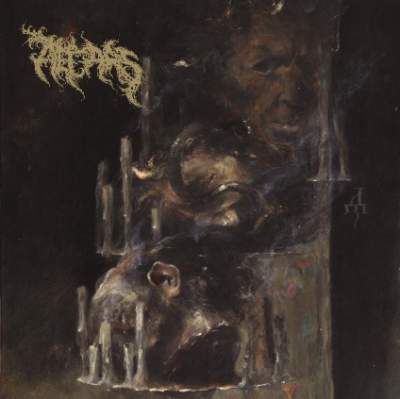 Altars hails from down under (that´s Australia) so they have no problem keeping their death metal warm, cozy and a little necrotic. The trio manage on their debut "Paramnesia" to deliver a mighty strong effort when dealing with dark and necro (oops, I said it again) death metal in the veins of Incantation (with a modern touch on top) and later acts like Father Befould. The sound is murky but clear enough to decipher all the instruments and the pretty low growls vomited forth by a Mr Schmidt.

The melodic aspect is put a little in the back of the mix (drums and distortion in front), but you´ll find it´s not possible to nod your head on more than one occation.

The album contains 8 tracks in total with the last three being parts of the common moniker aptly called Paramnesia and while it´s not easy to get the connection between the three parts without an lyric booklet the last 15 minutes of "Paramnesia" is clearly the most enjoyable part of this mostly good but sometimes kinda repetetive death metal outburst that makes Altars a name I will for sure follow more closely in the years to come.