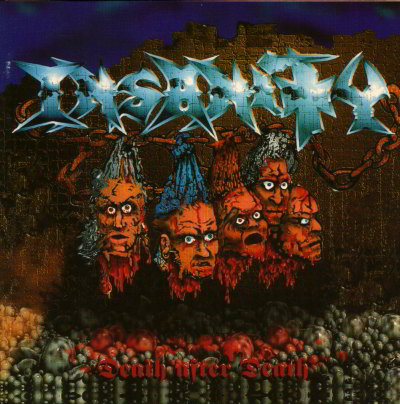 San Francisco based Insanity are another one of those obscure and lost gems in the early pages of the death metal saga that now sees their work being re-released for the listening pleasure of younger generations.

Insanity started out back in 1985 playing mainly thrash/speed metal on their first demos. It´s not before 1994 that their debut "Death after Death" sees the ligth of day and here they combine early death metal with their thrash metal roots and the result is lethal and heavy as f**k.

The pure relentless insanity of the speed riffing (no pun intended) with the vocal of Bob Martinez was quite fresh for the time and the album holds it weight even today almost 20 years later.

Vocalist Bob Martinez is one of the prime factors of the uniqueness of Insanity and its strange that (to my knowledge) he´s not sung on any other albums since Insanity´s debut.

The songs and structures are complex enough to sound interesting even today (if your´re into this old school thing) but the main force "Death after Death" still posess is the aggression and intensity (again, no pun intended). It´s not well played, the arrangments could be better and some of the solo´s are just weird but whatever, the album as a whole just kicks hard and it´s cool that Hells Headbangers re-release this on vinyl for those out there that still dig the old feeling that wax gives.