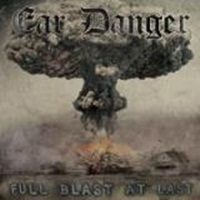 Dutch heavy metal firmly subscribing to the NWOBHM philosophy on this debut album "Full Blast at Last" 30 years plus in the making, as the band originally put out 3 demos between 1982-1983 plus a split band appearance in 1984 on "Metal Power II" before lineup changes continually stalled the band’s efforts. Another demo "Shock & Awe" hit the market in 2007, and finally we have a 9 song debut album that consists of this demo material recorded in proper form.

If you love early Raven, Judas Priest, Motorhead, and Blitzkrieg, the riffing, vocal patterns, and steady rhythms will be very familiar to your ears with songs like the slower, bluesy "Thousand Days in Sodom", the guitar harmonic heroics within "Beelzebub’s Friend", or the heads down charge for "Children of the Sun" (punctuated by the right dual guitar leads at the end of trailing verse lines). Sure the vocals aren’t always going to be fully in key, and a lot of the drumming has that four on the floor groove to it that will not place Ear Danger into the innovative category- but who cares? The spirit of NWOBHM reigns with this release- a time when ultimate success lay firmly at the hands of the musicians who bleed for the cause, and record label startups who wanted to just get these sounds to a worldwide audience hungering for more metal.

Given the rising interest in the genre and great new studio material from Hell, Angel Witch, and Satan among others, let us hope Ear Danger dig deep into their creative well for another full length down the line. Bullet belts, denim jackets, and cutout cardboard air guitars transport me back to my junior high years once again.