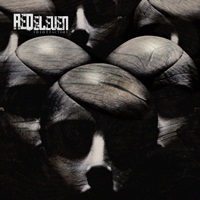 Starting in 2009 as Project Red Eleven, this quintet of musicians contains some of the best Finnish metal talent running- members within groups like Code For Silence, Sons Of Aeon, and ex-Swallow The Sun/ Machine Men to namedrop a little. "Idiot Factory" as such is not your normal debut album that can often be a struggle to siphon out a cohesive sound from a hodgepodge of songwriting influences. What you get with this alternative metal group is very eclectic yet focused with American artists like Alice In Chains, Faith No More, and Down at the heart of it all.

Between the Mike Patton/chameleon-like vocal approach from Tony Kaikkonen and the multi-tiered musical punch his compatriots employ, you’ll get 11 songs and 51 minutes of addictive grooves, hypnotic melodies, and this immense feeling of emotional unleashing. "Idiot Factory" runs the gamut from instant, quick hitting head bangers like "Adrenaline" and the title cut to more slithering, building tracks such as "W.M.F.F." and the 7:44 epic "Like a River It Flows" with semi-Meshuggah crunch thrown in amidst low-tuned Southern fried meets acoustic/ atmospheric riff appeal.

I wonder if Red Eleven will be able to pursue many live appearances given the numerous other bands each member spread their time around with. Let’s hope these gentlemen carve out as much time as they can muster for future records, as "Idiot Factory" exudes Finnish class even with its pronounced alternative metal roots.

Mysterious cover art paints an accurate portrait into the minds of Red Eleven. I’d much rather hear this album cranked at high volume across every rock radio station than another wannabe, jump up and let’s dance in the pit newcomer some suit and tie guy pushed out from corporate headquarters.

THE ARROWS – The Lines Are Open – Re-release