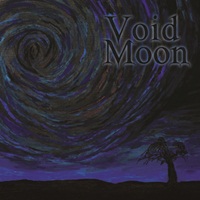 VOID MOON – On The Blackest Of Nights

When you read in background sheets about a band’s influences and style, often the word pictures set up expectations that cannot possibly be achieved. In the case of Sweden’s Void Moon, they need not worry- as early doom is the name of their game and they certainly live for the movement on this debut 9 track album. Forming in early 2009, bassist Peter Svensson and vocalist/ guitarist Jonas Gustvasson along with drummer Thomas Hedlund worked on their first demo immediately, releasing 4 of the tracks on an EP in October 2010 through Metalbound Records. Guitarist Erika Wallberg completed the lineup, a second demo "The Mourning Sun" hit the streets in April 2011 and following a series of gigs domestically and abroad, gained a record deal.

"On the Blackest of Nights" will be the siren’s call for those who miss early Candlemass, all periods Grand Magus, and a significant tip of the cap to Solitude Aeturnus. Expect chords that ring with slight classical appeal, bass lines that often form a thick third rhythm union to the Jonas/ Erika dark harmony motives, and vocal approaches that can be despair filled one moment, then stark and aggressive the next. The tempos barely move above mid-range, but the musicians understand the need to stair step riffs and add little dynamic phrasings or turns to keep the listener engaged and excited for how the arrangement unfolds.

Favorites change day to day- Jonas impassioned melodies for "Cyclops" and the plodding riff lumber for closer "The Mourning Son" currently gain the biggest horns up acknowledgement. Given Candlemass’ retirement from the full studio album regiment- and Solitude Aeturnus’ sporadic output- Void’s Moon should be able to gain a significant share in the classic doom appreciation framework.

It may never be the most popular sub-genre, but in my mind quality output trumps sheer number of followers- and "On the Blackest Of Nights" delivers doom the old fashioned, blue collar way. Void Moon is necessary text for all into this movement.

STORMRIDER – The Path Of Salvation