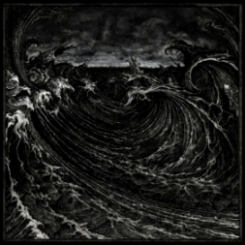 Necrovation’s second, self titled release, needed a couple of spins before it settled in. The formula is gritty old school death metal but with some thrash elements and a vocal that I do not think fitted the general sound. Necrovation (SWE) released their debut, "Breed Dreadness Blood" back in 2008 and I did enjoy that release more than I do with this. The sound is thinner on "Necrovation" and the hooks do not have that eminent impact as hoped. The album is missing that unique identity that makes it stand out from the rest of the bunch. Even with a bucket full of good riffs its still missing something from being as massive as its predecessor. The vocal is as mentioned not bad, I just think it should be a little more deep and more aggressive. There are some great instrumental parts that really stand out on this album but in the death metal department I think only the last track, III Mouth Madness will be a contender for the available iPod space.