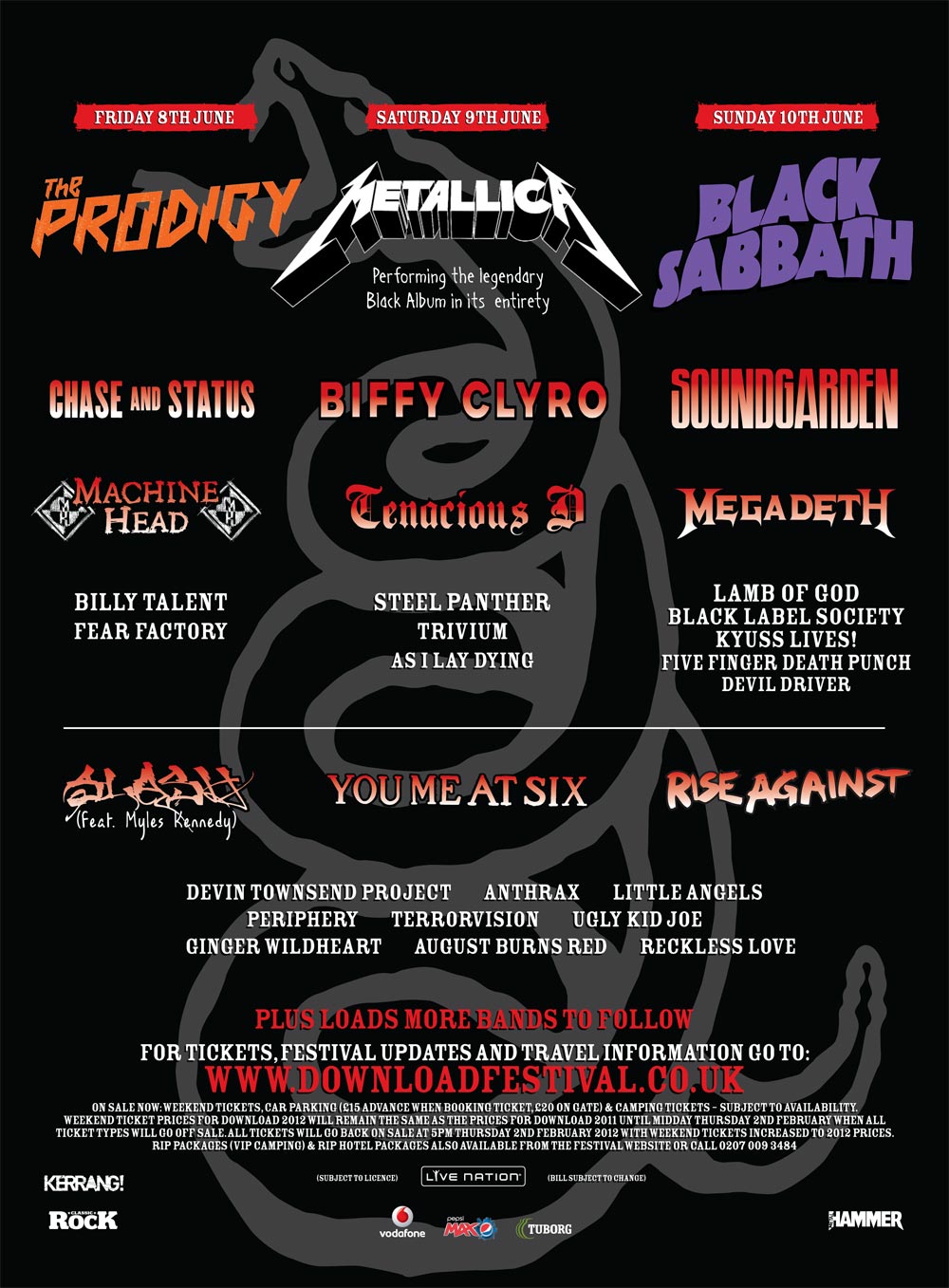 We never rest here at Download HQ – not content with having headliners
The Prodigy, Metallica and Black Sabbath on the Download 2012 poster, we’ve gone and added a further 14 bands to our 10th anniversary line-up.

Now is the time to get VERY freakin’ excited. Roll on June!!