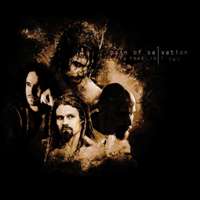 Since I never considered myself to be a diehard fan of POS I suppose I took to the changes of the bands style on “Road Salt One” quite easily. I do, however, have a strong affinity for Karmakanic. This is perhaps why I found “Road Salt One” to actually exceed my expectations. With “Road Salt Two” I had a harder time though. “Road Salt Two” has taken the essence from a favorite track of mine from number one; “Tell Me You Don’t Know”, and made it the theme for the whole album. In other words, the production and feel of the album has been turned even further away from progressive rock and towards blues rock. Does it warrant success to utilize an earlier winning track formula to a whole new album? I’m not so sure.

To be fair, there is some outstandingly captivating melodic material on “Road Salt Two”. Daniel sings as grippingly beautiful at times that his vocals totally overshadow everything else. This could be because the consistent hillbilly antics applied on “Road Salt Two” doesn’t always agree with me. I think because “Tell Me You Don’t Know” stood out from the other songs on “Road Salt One” it had a much larger impact. On this latest album the whole production concept grows old pretty quick for me. Favorite tracks are “To the Shoreline” and “1969” where Daniel sings like a god. Towards the end of the album there are two tracks that bring the older POS progressive metal style to mind. But neither “Mortar Grind” nor “The Physics of Gridlock” sits well with me. POS has too much brilliant progressive metal in their baggage for me to get excited by the mediocrity of these two tracks.

Even though I criticize this album pretty hard, there is no denying the quality in melodic content on the album. It might very well be that this album will have risen to become a favorite of mine in the future. I suspect this to be an album that I will need years to completely devour. All I can say as of right now, is that I think I prefer “Road Salt One” over this. Please don’t let this discourage you however. Pain of Salvation is still one of the most unpredictable and invigoratingly creative tour de forces in the progressive metal world. They go their own way as usual, and as usual I am sure that most fans will find something or other to be excited about. As I have mentioned countless times before; quality cannot be denied.