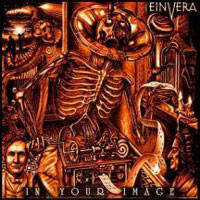 Innovation has always been a turn on for me, musically. There are hordes upon hordes of bands out there that never even are close to have an ounce of original riffing, melody lines or instrumental interactions. In fact, most bands appear to be satisfied with composing well within given genres, trends or other fashionable movements. To me this is strange since metal initially were based on nonconformist ideas and values. This could just be me, an old school shut in metal head, resenting anything that becomes even remotely popular by lashing out at capitalism and the sheep that follow in its trail. Anyway… If any of this feel familiar…read on.

My favorite upcoming bands over the last decade or so, all have a few things in common. They are not afraid to defy genre stereotypes, they often cross over between musical genres, and they mostly fall under the category of avant-garde when mentioned in the press. These would be bands like Diablo Swing Orchestra, Dog Fashion Disco, Unexpect, Stolen Babies, Subterranean Masquerade, Devin Townsend or Leprous. A band of bands in which Einvera fits perfectly, because these guys got a little from them all, and then some.

“In Your Image” has the schizophrenic feel of Unexpect, but is far from as intense. It is quite melodic at times, there is but one singer who has a nice black/thrash style to him which makes his lyrics somewhat understandable without having to hold the sheet in front of you. The violin is predominant throughout the album, but never overshadows the complete sonic image of the songs. First track particularly has a strong dominance of violin. To me it sounds like a vaudeville blend of Unexpect and Ebonylake, for those who remember them. Second track has trumpets playing what appears to me like Latino rhythms.  There is a lot of tech metal throughout the album, always backed by good melodies. The next to last track “The Gift Of A Ghost”, suddenly spice up the sonic landscape with synth reminiscent of Danny Elfman, which is also blended with Unexpect like tech metal.

The biggest difference between Unexpect and Einvera is the production, which in the latter case has a more analogous feel to it. It took me quite a few listens before I got the theme of this album, then suddenly, a light went flickering over my head. The strange instrumental interaction, the vaudeville sentiments, the purposefully raunchy production, It all came together when I heard the interlude “Send Me Home” for the nth time. Einvera should have their own genre all together. What you have before you is ‘Gypsy-Metal’, and a damn fine genre it is. I especially like how the track order is thought through so that listening to the whole album is rewarding. It is no surprise at all that the last track is a Mexican style funeral march gone metal, with trumpets, accordion and the whole shebang. A perfect ending to one of the most refreshing debutant albums released in 2011. Someone needs to sign these guys pronto.

ANTERIOR – Echoes Of The Fallen