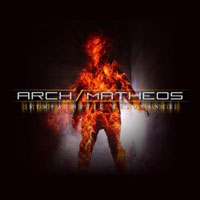 While many years in progressive metal have one possible release to examine intently and devour, 2011 could be a highlight to document and reflect upon decades down the line. Mike Portnoy’s exit from Dream Theater hasn’t stopped this veteran act from releasing one of their best studio albums in over a decade. California’s Redemption stride along with their heavier, powerful progressive attack on their fifth album featuring Fates Warning’s powerhouse Ray Alder. But to be truthful, this journalist couldn’t wait to hear the magnificence of guitarist Jim Matheos and vocalist John Arch return to the recording studio and produce “Sympathetic Resonance”.

Fates Warning in the beginning years took Iron Maiden and Rush influences and created their own sound to American audiences in the early 1980’s – three albums featuring the one of a kind vocal prowess that is John Arch. Stepping away to concentrate on family life and his own business ventures, the metal community always hoped that he would return possibly to the stage one day or maybe record more songs with that magnificent voice and monumental phrasing. “Sympathetic Resonance” is the bridge between “Awaken The Guardian” as a follow up and the years of Jim Matheos’ knowledge to suit Arch’s range and versatility. Couple this with three more outstanding musicians in guitarist Frank Aresti, bassist Joey Vera and drummer Bobby Jarzombek and it’s easily understandable how much this 6 song, 54 minute plus record will take you on a journey through dimensions of sight and sound rarely attempted or attained.

Whether it’s the exotic tinged technically proficient epic “Stained Glass Sky” or the quieter, acoustic based closer “Incense And Myrrh”, there’s always something challenging to grab hold of, be it the drum mechanics, the softer, reflective guitar parts against the harsh, intense electricity – all the way through to John Arch’s ease of multi-octave vocal ascension. Half of the songs eclipse the 10 minute mark, but you won’t feel bored as each song packs so much innovation and progressive understanding while remembering that the primal instinct of great music all relates to connecting musician to listener based on feelings. The best musicians, the better compositions, the long lasting performances – all evoke person to person action and reaction, magnetically charged be it positive or negative in terms of happiness, excitement, fear, or anger.

Arch/Matheos sets the template high for the next Fates Warning album – or any other progressive metal album to come. Musicians who haven’t recorded a full length record in 25 years aren’t supposed to return stronger than when they left – but John Arch is that rare breed who knows his craft and calling and we should all savor this. Let this not be a one off.