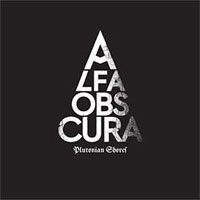 No doubt that Bjeima, responsible for Yurei and cooperating in Delerium Bound and more, is a talented force in the underground black metal scene. I guess it’s his ear for dissonance that makes his works worth while. You kind of get a feeling what’s lurking behind the next corner, but you cannot be really sure. Unpredictable, yes, yet when I listen to "Plutionian Shores" there are no real surprises therein. I assume it’s the overall atmosphere that do the trick here, despite the variation from track to track.

The reason the album feels a bit half-hearted here and there, is that some ideas are too similar to other Bjeima-bands. Dissonant, yes, but in the same way. Maybe he wants all his work to be sewn with a red thread for all I know, but somehow it doesn’t really do the magick all the time, just as with Yurei. Many good tunes, but some are simply too similar to others. I mean, if you are up for making something original, then all ten songs must be so.

This aside, the really good thing about "Plutonian Shores" is that the album stands the test of several spins in a row. Play it once and you will not really think about it. Play it ten times and you will definitely notice the disturbing guitarwork, the variation in the vocals… You will also notice the variation in the album as a whole, despite what I already said about the similar approach in Bjeima’s various works, as far as I know them.

If Virus (the Norwegian disease) is up your alley, Alfa Obscura will make you pleased to be ill. Not outstanding, but definitely disturbing enough to be a part of the extreme metal scene.