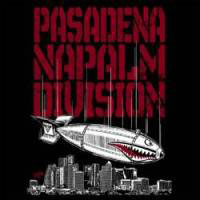 For someone who has been recording since 1983, Kurt Brecht has relatively few releases to his name. He hasn’t recorded a DRI album since 1995 and other than an appearance on Dave Grohl’s Probot in 2004, we haven’t heard a thing from him. Last year he got back into the studio with half of Texan thrashers Dead Horse and Bubba from Verbal Abuse, and this six track EP is the result.

The music is crossover/thrash, pretty much in the vein of later DRI releases with lyrics covering such topics as drinking with zombies, eating okra and being a failure. The sound is chunky and focused, perfectly catching the energy and power of the band. The bass thunders and rolls, the drums are crisp and the guitars a warm and fuzzy roar.

For those who missed out on this era and have been satisfying themselves with Municipal Waste and Evile, PND is definitely an act that you should check out. For those who were listening to DRI back in the day, this release will remind you of those happy days before everyone became fat and started growing beards.  Even if you got pissed off with DRI for slowing down in later years, PND should still hit the spot. Let’s hope we don’t have to wait 15 years for a full-length…

MORBUS CHRON – Sleepers In The Rift