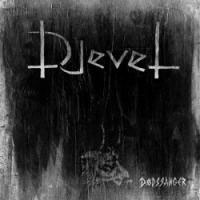 I have a dream. If Djevel opened, Koldbrann continued and a dynamic 1349 closed, that would’ve been a dream come true. True Norwegian Black Metal? Who gives a fuck. This is simply put great Norwegian black metal. Great songs. Great riffs. Surprising parts. The sound is great. The musicianship is great. The vocals are great.

"Dødssanger" is a great Norwegian album. Great, but not on par with the best yet. There are a few of these traditional black metal parts, such as the fast forward in "Paakallelsen", where it takes a few minutes for something to happen, and when something happens it’s a transition to the mid-paced tempo. You know, there is fast, mid-paced and slow. But mind you, behind some corners there is a devil lurking in the dark. Back to the transition. Wicked vocals, eerie melodies. And that which catches my attention  more than anything else in this part, namely a distinctive bass. It’s not that the playing is so significant, but that you even manage to hear it is noteworthy. And it’s well played.

I feel. And shouldn’t feelings be avoided in this vast coldness? Nah, don’t think so, misanthropes! I feel the will to power, the will to make powerful Norwegian black metal. It’s still one step down on the ladder compared to the authority in Koldbrann’s magnificent "Moribund", but that’s basically it. Those hints to early Satyricon, some Burzum and Thorns are definitely pluses in my book. Just listen to the midsection of the mid-paced "Vi Malte Verden I Sort". It’s like they’re sawing right through my spine, and reminds me a bit of Thorns.

This is, as said, an excellent black metal album with plenty of good (?) stuff for the hungry ones. It would, of course, have been a classic if released ca. 1994. But never mind the old ones, "Dødssanger" is a really great Norwegian black metal release, if you didn’t understand me right from the beginning!

NECROVOROUS – Funeral For The Insane