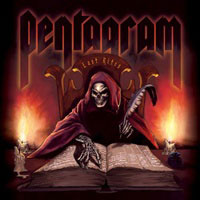 Ah sweet doom. The genre provides the emotional mind dump humans need when stress, anger, sadness, shame and madness all roll into one. The musicians behind the movement channel their creativity in a direction they know will never become this lavish, million selling jet set lifestyle. “Last Rites” revels in the 70’s roots of hard rock, where the solos buzz and shimmer with that gut wrenching Iommi meets Blackmore taste and Bobby Liebling crooning with that spine tingling spacey evilness that would influence future generations.

Victor Griffin lays down the thick riffs with a twinge of psychedelic brain bending on winners like “Call The Man” and “Everything’s Turning To Night”. You get some tribal drum fills and exemplary bass lead work through “American Dream” that prove bassist Greg Turley and drummer Albert Born aren’t your conventional rhythm team – they are willing to put their own twists into the tougher then dirt sound. And Bobby continues to shine as one of the best doom singers in the business – he drives Pentagram with his outer world thoughts and tripped out melodies of which “Horsemen” and “8” appear to be future classics.

Black Sabbath may have started the genre, but for my money Pentagram belong on the same pedestal for their contributions even if their discography has been sporadic for years. “Last Rites” better not be the final studio record from the foursome, as they still have a floodgate of music, lyrics and performances to unleash on a crazy, turbulent world.