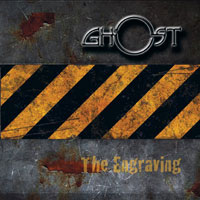 The Norwegian band Ghost relive the 80’s hard rock / metal scene with their debut album "The Engraving". From the main riff in the title track you know you are going to get party music of the highest degree, as Øystein Wiik and Andre Berger seem to have an affinity for George Lynch and the Scorpions axe duo with their writing and back and forth soloing/ rhythms. With an age range from 30 to 37 in this group, their minds and hearts have no intent on appealing to a new modern school environment.

Lyrically “Surgery” tackles the plastic ‘fake’ nature humans currently take to alter their physical state without looking deeper into their personality and mind set from within while “Alive” appears to be Ghost’s take on personal release with sex, drugs and rock n roll. The highlight of the album include “One Last Favor” which has a pronounced bass thump from Magnus Liseter that reminds me of early Savatage meets Ratt and the closer “Here I Am” which contains loads of guitar hooks guaranteed to develop windmill hair action and severe neck strain.

On the down side, drummer Petter Christopher Lein struggles to maintain even the simplest of basic 4/4 grooves throughout the album, and vocalist Kim Sandvik doesn’t possess the most comfortable voices in hard rock – it’s a little raw and sandpaper-ish compared to their main influences. Ultimately, they have spirit and passion on their side – so I’ll put "The Engraving" in the ‘wait and see’ category for future development.

HALO OF GUNFIRE – Conjuring The Damned

BEFORE THE DAWN – Deathstar Rising