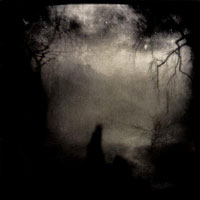 Wardaemonic is living proof of  Australia’s ability to offer more than Ac/Dc and killer sharks, the band formed early 2005, released their debut in 2006, and are now back with the follow up, named "Echoes Of Ageless Flames". In their own words, the band plays ancient, streamlined black metal, relying heavily on fast riffing and consistent relentless blasting, and by doing so, sets themselves aside from peers within the genre by interspersing their brutality with catchy, droning slow sections.

And Wardaemonic is definitively  something I would call unique and special, in a solely positive sense. This is not your everyday black metal band, and the album is not easily accessible, which in my opinion makes it extremely interesting. I would go as far as to compare Wardaemonic to the great Deathspell Omega, why this comparison is something you can figure out yourself, but challenge and reward are two words that comes to mind.

Its not easy to describe the music, and it’s tempting to just urge everyone who’s still reading to check it out themselves. And not by listening to Myspace, but by buying the entire album, and listen to it at least 10 times, and then make up an opinion. If possible. You might need more.

Lets start with darkness and chaos. But still there is something in there which makes perfectly sense. It’s intense and in a way hypnotizing, and it manages to take hold of the listener, and not let go until the last tone fades out. The sound is dirty and filthy, the vocals are grim and ugly, but there are also moments with clean voices, which surprises and relives.

The lyrics are dealing with the sentry of darkness, the second coming and the destruction of man.
There is also a cover song, "Summoning Of The Muse" by Dead Can Dance, which blends in naturally among the rest. Looking for something exceptional and special? Look no further.