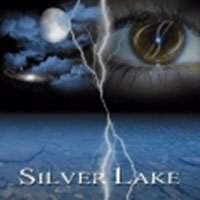 I don’t mind bands that spend years refining their craft, cutting their teeth on cover songs to discover what they truly want to make their mark on for originality. Beginning in 2003 as the cover band Exodia spitting out Pain Of Salvation, Europe, Angra and Deep Purple songs among others – this Italian quintet eventually turns into Silver Lake and finally unleashes their debut album of fresh compositions. Gaining veteran help from Michele Luppi on “Life” and guitarist Simone Mularoni (DGM, Empyrios) lends that expertise and guidance new bands need to solidify their status on a daunting worldwide stage.

These guys play a streamlined version of progressive metal with an emphasis on keeping the vocals within normal human range and accents on melodic hooks from either the guitars, keyboards or aforementioned melodies. A domestic act like Labyrinth comes to mind when you hear some of the techno-like keyboards careening against the choppy guitar rhythms in opener “Help Me To Fight The Rain” – while they throw a curve ball at us in their version of “Slave To The Grind” – the Skid Row original (one again featuring dance-like keyboards from Riccardo Fabbri). Lead singer Davide Bertozzi has one of those nasally mid-range voices that won’t irritate you but also has a slight Italian accent that can make certain phrasing unintentionally humorous.

The second half of the album contains more of their Dream Theater/ Pain Of Salvation influences, especially in the final two tracks “Holy Affinity” and the title cut. Drummer Andrea Urbanati flexes not only his double bass skills but also his normal tempo juggling and snare to tom to cymbal work at slow, medium and blistering paces.

Silver Lake are a group of musicians who may not be the flashiest when it comes to their interplay, but they certainly have the tools to craft great songs (“Before The Storm” and “Meet You Again” being the best off this first effort) – and that matters most in the long run.