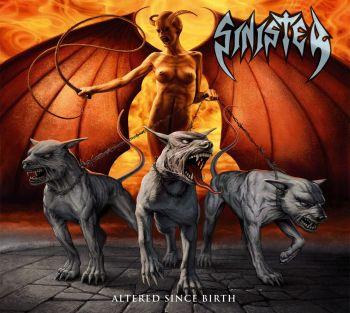 Metal Mind Productions is proud to announce the release of the exclusive box containing the full discography of one of the best death metal bands around – Sinister.
The box entitled "Altered Since Birth" contains 8 studio albums,  live DVD, a compilation of demo tracks plus a booklet containing a full biography based on an exclusive interview, the complete discography, lyrics to all songs and a selection of amazing archive photos. The cover artwork was done by the well known Polish graphic designer  – Graal.

This Dutch band has been polluting the scene with its vile and marvelously brutal music for over 20 years, which easily makes them one of the most recognizable European extreme bands of all times. The group’s impressive discography of nine LPs and one DVD is a testimony of  undying devotion to brutal aggressive music. This collection captures the true essence of Sinister, delivering 10 discs of powerful and mind-crushing death metal…

The box includes the following albums: