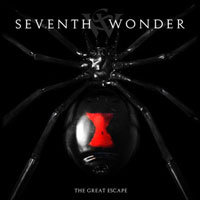 A great prog metal album. They’ve really improved since the previous album and sounds super. They are of the few who can make both fresh and good prog metal. Can’t wait to see them playing these songs live.

Alice Cooper at Hamar music festival, finally got a chance to see Cooper and that old man still now how to do a great show. And how can you not like to see a guy get killed several times in different ways. Seventh Wonders concert at Elm Street was also really good.

Not really any good album covers, too much of the same.

Hard to decide, but I’ll probably have to say Alice Cooper. He has been out there for forty years now and is still going strong. Just hoping that "Welcome to my Nightmare 2" will be as good as the first.

Roger Waters the Wall concert, it’s going be awesome to see Waters. It will be a one in a lifetime concert.