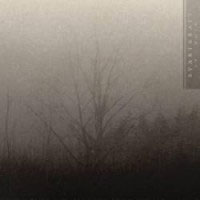 Talk about getting an early x-mas surprise. I must admit that I am not the biggest old school black metal fan, and diehard fans of the genre might not even consider this within the genre, but this one really caught me off guard. I would argue that Svartkraft’s basic element is old school black metal, but each and every song just brings the genre to new uncharted territory with innovative twists and crossover turns.

The production comes off as warm, professional and easy on the ears, while at the same time maintaining the dark melancholic atmosphere being so important and yet so typifying for old school black metal as a genre. Untypical for the genre however, is the way “Svartkraft” incorporates elements from other genres than metal. In most cases such experimentation ends up as divided and un-decidable, but in this case it is all successfully blended into a unified, original and highly tasteful brew.

The opening track, “The Plague Ship”, immediately made me think about Quentin Tarantino soundtracks. The chords strumming throughout this slow, melancholic song, is somewhat reminiscent of “Nancy Sinatra”. This is a perfect album opener as it really sets the mood, while at the same time exclaiming the album’s unique material.

Next up is “The Bearer of Glorious Doom”. This is a mid-tempo, symphonic song. Horns are early introduced, setting the mood of melancholy to the monotonous riffing. As with the first track the, a gloomy feel of depression is presented. The song somewhat reminds me of “Shining” (se), with a dash of symphony added.

The third track is called “The Serpent Sun”, and is the first track were “Svartkraft’s” old school black metal basis shines through. The song is up-tempo most of the song, but about 3 minutes in, it unexpectedly breaks into a 70’s progressive rock style instrumental. This instrumental is tastefully elaborated with metal elements before the up-tempo signature riff of the song returns to end the song. The song is filled with haunting riffs and melodies.

“Song for the Damned” takes it down a notch again, as the funky feel of the first track once more takes over. This track is marked my it’s clear, dark depressive vocal work. The singing reminds me of the singer from “Crash Test Dummies”, for those of you who remember them.

The title-track “Ruin” starts off with acoustic guitars, hoarse whispering vocals in an almost radio friendly melody. The song slowly progress with clean vocals and ends up in an up-tempo alternation of the opening riffing. Again the mood reminds me somewhat of “Shining”.

Next out is a personal favorite called “Death’s Design”. This is the most symphonic track on the album. Still, the symphonic bits are more 70’s progressive rock than traditional symphonic black metal. Even with the added symphonic elements, the depressive mood of the album is never strayed from. This song reminds me quite a bit about “Devil Doll”, which probably is why I like it so much.

“My Darkness” is the most old school black metal reminiscent track on the album. It is pretty much cold, depressive and up-tempo all the way through.

Ending the album is “Pale Procession”, which consists purely of synthesized symphonic and chanting vocals.

There you have it. All the tracks are strong. My favorites are as mentioned “Death’s Design” and “The Plague Ship”. If you thought old school black metal was buried in its own formula and repetitiveness, think again. This album really is a welcomed addition to the genre. It’s fresh sounding, innovative and filled to the rim with delightfully depressive and haunting tunes. One of 2010’s best releases in my opinion.