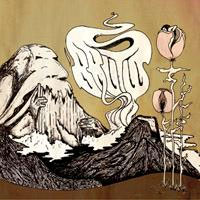 After countless evenings and nights in front of, and around, their local bar, and after heaps of loud
discussions and intense arguments on how everything sounded so much better before, these
guys felt the time was right to take matter into their own hands.

These Scandinavians, part Swede, part Norwegian, subscribe to the Witchcraft school of throwback hard rock. Inspirations is drawn from amongst other (In their own words..) Blue Cheer, Sabbath, Pentagram and Grand Funk Railroad. In other words: butterfingered, groovy and psychedelic hard rock!

And make no mistake about it, every single word above is the truth and nothing but the truth, this is one of the best new bands I have heard in a long time, doing the real deal and playing real music, and the album is a must have for all you people out there who cant get enough of bands like The Sword (don’t you just love The Sword?) and the ones mentioned above.

The album is recorded at Music-A-Matic studio in Gothenburg, with producer and engineer Henryk Lipp and Micke Nilsson, and these guys has really stepped up and made sure the album has that wonderful seventies feeling to it, absolutely spot on!

Add a bunch of great musicians and a vocalist any band from the glory days back then would hire after the usual argument with the original vocalist, and the question becomes rather easy: what are you waiting for, and where can yours truly get hold of the vinyl?