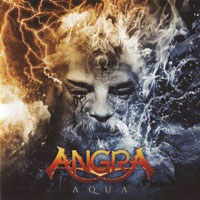 The band that helped put power metal on the map in South America, Angra returns with their seventh album and longest break between studio records in their illustrious career. Due to disagreements with their management firm, the band took a lengthy hiatus to resolve their situation and made a slight member change with drummer Aquiles Priester leaving the fold and returning for his second go round in the drummer’s seat would be Ricardo Confessori (last seen on 1998’s "Fireworks").

The current incarnation mix up their native Brazilian charm along with a flood of guitar runs and progressive technique from the duo of Rafael Bittencourt and Kiko Loureiro. You’ll often gain quiet interlude moments even in the middle of a song, such as the classical-enhanced keyboard work during “Awake From Darkness” which play into the dramatic nature of much of this material. Vocalist Eduardo Falaschi explores more of his lower range in softer, emotive material like “Lease Of Life” which shows the band moving into Toto-like AOR territory. The acoustic and electric fusion aspect comes up during “Hollow”, one of the better songs where Angra balance their abilities against writing with melodies and hooks on the brain.

For some reason after multiple playbacks, there wasn’t much to cheer about Aqua – especially if I’m comparing this to outstanding albums like "Rebirth" or "Temple Of Shadows". Much of the material lacks depth and appears to be more open then previous efforts – and the production just has a sterile, colder tone that shouldn’t be prevalent in power/ progressive metal. There’s nothing I have against expansion or experimentation – but be careful how far off the known path you take your listeners, who will drop your sales numbers like a bad habit if they aren’t into your new adventures.

Okay isn’t good enough in my book for this veteran act.